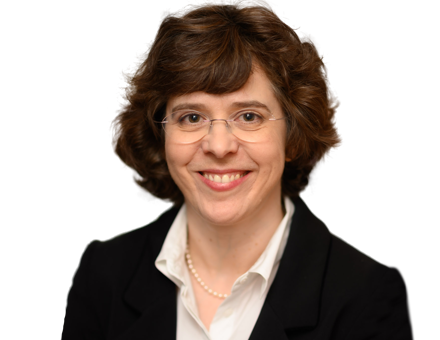 In 2019, 2020 and 2021 Janet has been recognised in Who’s Who Legal as one of the five “most highly regarded silks” for real estate work. She is described as an "exceptionally hard-working, intellectual and well-prepared silk" who is "a true expert on all aspects of property law" and "has a real knack for simplifying difficult legal concepts".  Chambers & Partners UK Guide 2020 describes her as “a go-to barrister who is exceptionally bright” “able to grasp technical matters very quickly” and “very user-friendly”.  The Legal 500 praises her as “fantastic, a truly magnificent cross examiner”.

Janet’s litigation, arbitration and advisory practice encompasses the full range of commercial and residential landlord and tenant and real property work as well as associated professional liability and insolvency. Some highlights of Janet’s 29 years in specialist practice include her involvement in some of the most high value and high profile litigious development disputes (interpretation, restrictive covenants, options, easements, overage, light, commercial landlord and tenant issues), as well as numerous arbitrations and rent reviews and her recent innovative court work securing novel pre-emptive injunctions for clients.

Janet’s strong academic and practical background is reflected in her authorship of leading practitioners’ textbooks in her expert areas of practice on the Drafting of Business Leases and on the Land Registration Act.  She is a member of the Editorial Board of the Landlord & Tenant Review and writes regularly about new legal developments.  She Chairs the Blundell Lecture Committee and is a past Chair of the Chancery Bar Association Annual Conference.

Janet is authorised to sit as a Deputy High Court Judge in the Chancery and Queen’s Bench Divisions and the Circuit Commercial Court. Janet also sits as a part time Judge (Recorder) in Chancery, Civil and Criminal cases. She is a Fellow of the Chartered Institute of Arbitrators and an appointed member of the President of the Chartered Institute of Arbitrators’ Property Panel. She welcomes appointments as an Arbitrator, Legal Assessor and Expert as well as instructions as an advocate. She is a qualified Mediator.

Before taking silk, Janet won the Chambers Bar Awards Real Estate Junior of the year in 2013 (having also been shortlisted in 2008 and 2011) and was named in Chambers & Partners Top 100 Barristers across the Bar.

Janet Bignell QC regularly handles high-value development disputes and complex commercial landlord and tenant cases. Her recent work has included advising clients on rights of way matters and contentious sale contract issues. She serves as a deputy High Court judge. She continues to attract instructions from impressed City solicitors. "She takes a detailed and thorough approach to complex matters." "She becomes one of the team which is what clients want." "She analytically assesses the issues in a thoughtful and constructive way."Chambers UK Guide 2022 (Real Estate Litigation)

"A highly authoritative and detail-orientated silk, who provides very thorough advice. She has an excellent manner with clients."Legal 500 2022

"Janet gives robust advice and is able to get to grips with the detail of a complex matter very quickly. She handles clients with ease."Legal 500 2021

Janet is recognised as one of the five “most highly regarded silks” for real estate work. “Janet Bignell QC performs exceptionally well in our research. She is renowned as a ‘technically brilliant and skilful lawyer’ who is in ‘full control of the facts’.”UK Bar 2020 Who’s Who Legal

Janet is recognised in the "highly regarded silk" category. She is praised for being "extremely analytical". It is said she stands out for her in depth of knowledge of various matters within the real estate field, including landlord and tenant disputes.Who's Who Legal UK Bar 2019 Guide

"Regularly instructed in high-value development disputes. Her practice has a strong focus on landlord and tenant law, but she handles the full range of real estate disputes, including leasehold and contractual issues. Strengths: 'Academically very strong and has superb experience in development disputes and rent review cases.' 'Incredibly bright, thoughtful and able to get to grips with complex matters quickly.' 'Very bright with a good analytical eye for detail.' Recent work: Acted for INEOS Upstream in obtaining pre-emptive injunctions to protect its supply chain and its landlords from activity by those opposed to hydraulic fracturing." Chambers UK Guide 2019 (Real Estate Litigation)

"Very methodical in her approach and has a great ability to pick up and retain details."Legal 500 2018 (Property Litigation)