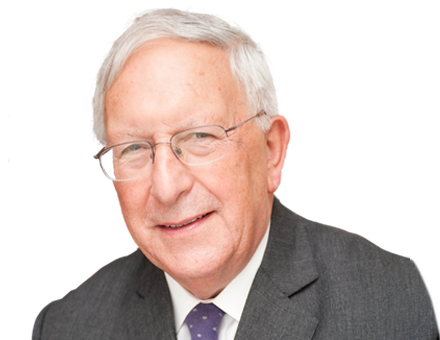 Falcon Chambers are delighted that our longstanding friend and distinguished colleague Derek Wood has agreed to be one of our inaugural Academic Fellows.

Derek was called to the Bar in 1964 and has been a member of Falcon Chambers since 1965. He has practised in all areas of property litigation since that date and appeared in many leading cases. He was appointed a Queen’s Counsel in 1978 and has sat as a Recorder and Deputy High Court Judge.  He is a Fellow of the Chartered Institute of Arbitrators and a Chartered Arbitrator. He is a Bencher of the Middle Temple and was Treasurer in 2006. He has served as chairman or member of various Government advisory committees on property, planning, transport and rating and has been awarded the CBE for services to property law. He was Principal of St Hugh’s College Oxford from 1991 to 2002 and is an Honorary Fellow of St Hugh’s College and University College Oxford.

Between 2008 and 2011 he carried out reviews on behalf of the Bar Standards Board on the Bar Vocational Course, pupillage and Continuing Professional Development. From 2011 to 2016 he was Director of Advocacy in the Middle Temple. Between 2016 and 2021 he served as the founding chairman of the governors of the Inns of Court College of Advocacy  with responsibility for the continuing education and training of  practising barristers and the establishment of a new Bar course for recruits to the profession, aimed at increasing inclusion and diversity at the point of entry.

Derek is the principal or co-author of many publications, including Halsbury’s Laws of England 4th edn, Vol 27: title Leasehold Enfranchisement and Extension; The Handbook of Arbitration Practice 2nd to 4th editions; Landlord and Tenant Law ed.Bright; The Judicial House of Lords 1876-2009 ed Blom-Cooper, Dickins & Drewry.