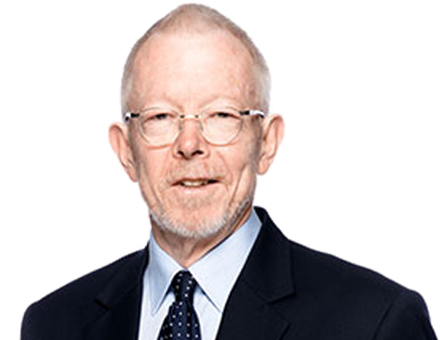 Falcon Chambers has enjoyed a long association with Clyde Croft, and we are delighted that he has agreed to be one of our inaugural Academic Fellows.

Dr Croft was, in 2009, appointed a Judge of the Supreme Court of Victoria and for a decade, until his retirement as a full time judge in 2019, was the Judge in Charge of the Arbitration List in the Commercial Court of that Court.

He was also the Judge in Charge of a general Commercial List and Judge in Charge of the Taxation List in the Commercial Court of the Supreme Court of Victoria. During his decade in the Commercial Court he heard many very substantial and significant cases including multiple class actions and individual proceedings together with very significant arbitration proceedings. In 2021 Dr Croft was appointed a Reserve Judge of the Supreme Court of Victoria and sits in commercial trials, including commercial and retail leasing matters.

Dr Croft was a practising member of the Victorian Bar from 1978 (and the New South Wales Bar since 1977) until his appointment to the Court in 2009. He was appointed a Senior Counsel in 2000, having been admitted to practise in 1974.

PhD (University of Cambridge) (1983) (as a WM Tapp Research Student of Gonville and Caius College, Cambridge) [“Lord (Chancellor) Hardwicke – An Assessment of his Legal Career” (a study of the foundations and development of modern equity)]; and
B Ec (1971); LL B (1973); LL M (1979) (Monash University, Melbourne).

Dr Croft was the Treasurer, a Director and a Fellow of ACICA. He was an accredited mediator under the Australian National Mediator Accreditation System and a Victorian Bar Accredited Mediator. He was, as a Silk, a Sessional Member, Victorian Civil and Administrative Tribunal and remains a Resolution Institute (IAMA) Accredited Mediator and Grade 1 (highest grade) Arbitrator.

In the 2019 Australia Day Honours Justice Croft (as he was then) was appointed a Member of the Order of Australia (AM) “For significant service to the law, and to the judiciary, particularly through commercial arbitration”.

Dr Croft has been appointed as a Professor in the Monash Law Faculty. Professor the Hon Clyde Croft AM SC is focusing on further developing Monash Law as an international and domestic commercial arbitration leader in Australia. He is the Convenor of the Monash Law Commercial Disputes Group.

Dr Croft is an independent arbitrator available for international and Australian commercial arbitrations. He is also available as a mediator, conciliator and expert determiner.

Dr Croft is a member of the Dawson Chambers Senior Arbitrator Group (Melbourne) and of Falcon Chambers Arbitration (London).

As an independent arbitrator and mediator, Dr Croft has over 30 years’ experience in international and Australian commercial arbitration and mediation as an arbitrator, mediator, barrister, Senior Counsel, Supreme Court Judge and in policy advising in all aspects of international and domestic dispute resolution to governments and public and private organisations in Australia and elsewhere.