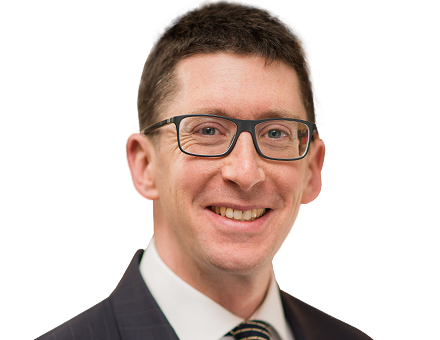 Adam is an experienced property litigator whose practice encompasses all aspects of real property and landlord and tenant-related litigation and advice. He is a persuasive advocate with considerable courtroom experience at all levels, including the High Court and the Court of Appeal and also appears in the First Tier Tribunal (Property Chamber) (Land Registration and Property Divisions) and the Upper Tribunal. He also has considerable experience of arbitration. He gives clear, commercial, strategic and practical advice.

Adam has particular expertise in the following:

Adam is always ready to get up to speed quickly on areas of law outside of the core aspects of real property and landlord and tenant law where required. For example he recently appeared in a trial of a claim for breach of contract and misrepresentation concerning a sale and purchase of high-value houseboats which required in-depth knowledge of the law relating to the sale of goods / conversion and he has acted, recently, in judicial review proceedings in the Administrative Court.

"He has an exceptional brain, makes light work of incredibly complex legal arguments and is an excellent advocate."Chambers and Partners UK Guide 2023

"Adam is brilliant and practical, and he can put together a very dense legal analysis to get the right answer for the strategy."Chambers and Partners UK Guide 2023

"He has an ability to cut to the core of an issue, and his advice is timely and pitched to the right level for the client."Chambers and Partners UK Guide 2023

Adam Rosenthal QC is noted as an expert in property law. His main areas of focus include landlord and tenant litigation and restrictive covenants. "He is user-friendly and exceptionally bright." "He has exceptional levels of knowledge and a client-focused attitude. He would go above and beyond to find a solution."Chambers UK Guide 2022 (Real Estate Litigation)

"Impressive, a standout counsel. He has worked tenaciously on very high profile cases with us and has always exceeded expectations so we value his ability to create persuasive arguments, deal with advice with great commerciality and be sensitive to client objectives."Legal 500 2021

Widely recognised as a high-level junior in his field. His main areas of focus include landlord and tenant litigation, restrictive covenants and insolvency issues. Strengths: "A scholarly and highly articulate advocate." "He provides succinct, commercial advice and is a pleasure to work with." "He is consistently excellent – a QC in waiting." Recent work: Acted in Brobyn v Marco Island Developments, a service charge dispute regarding a significant building in Liverpool heard in the First-tier Tribunal.Chambers and Partners UK Guide 2020 (Real Estate Litigation)

"robust in court" and a "very determined litigator" according to peers who praise his work on mortgages, easements and conveyancing matters. Who's Who Legal UK Bar 2019 Guide

"Widely recognised as a high-level junior in his field. His main areas of focus include landlord and tenant litigation, restrictive covenants and insolvency issues. Strengths: 'Extremely bright, proactive and decisive with clients.' 'Calm under pressure and a delight to work with.' Recent work: Acted for the buyers of luxury houseboats who brought claims for misrepresentation because they found they could not live in them at their intended location on the Thames." Chambers UK Guide 2019 (Real Estate Litigation)

"Excellent analytical skills and very strong at both written and oral advocacy."Legal 500 2018