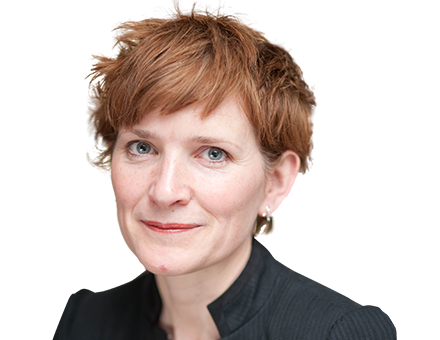 Catherine is a property litigation specialist, practicing in all aspects of commercial and residential property law, with a particular emphasis on agriculture.  She is described as “extremely good”; knowledgeable, focused and “particularly adept at forensic cross examination.”  She is a compelling advocate, “able to see both legal and tactical sides of cases”, and has appeared in courts at all levels, both at first instance and on appeal. She also regularly represents clients in the various property tribunals, at arbitration and in mediation.

Her practice encompasses all areas of real property and landlord and tenant litigation, including development agreements, restrictive covenants, land registration, easements, service charges and dilapidations, and business tenancies.  She has developed particular expertise in agricultural and rural disputes: agricultural holdings (especially succession and notices to quit); agricultural partnerships and partnership dissolutions; farming, and farm business tenancies. A selection of reported cases appears below.

Catherine is praised for her responsiveness and dedication, and for going the extra mile for her clients.

She is a Fellow of the Chartered Institute of Arbitrators, and sits as a Deputy District Judge in the county court: a valuable insight into litigation from another angle.  She is the joint editor of Muir Watt on Agricultural Holdings (14th edition); a contributing author to Atkins Court Forms volume 4, Agricultural Land; and co-editor of the quarterly Woodfall Landlord and Tenant Bulletin.  She regularly lectures to professional organisations and solicitors' firms.

Noted for her far-reaching expertise in both residential and commercial landlord and tenant real property law. Clients also seek her out for her specialism in agricultural law. She is able to advise clients on a host of issues, including service charge disputes. Strengths: "She is very knowledgeable and good with clients." Recent work: Successfully applied to the First-tier Tribunal for a direction for the succession of an agricultural tenancy on the death of the tenancy holder.Chambers and Partners UK Guide 2020 (Real Estate Litigation)

"She is extremely impressive, both in writing and on her feet. Able to sensibly get a feel for both the issues and the clients' commercial objectives."Legal 500 2020

"Noted for her far-reaching expertise in both residential and commercial landlord and tenant real property law. Clients also seek her out for her specialism in agricultural law. She is able to advise clients on a host of issues, including service charge disputes. Strengths: 'Extremely good on details.' Recent work: Acted in a dispute over whether an agricultural tenancy extended over a farmhouse occupied by the daughter of the director of the farming company which held the tenancy." Chambers UK Guide 2019 (Real Estate Litigation)

"Handles a wide range of residential and commercial property cases. She specialises in real property matters and agricultural landlord and tenant disputes. She also has extensive familiarity acting in mediations and arbitrations related to such disputes. Strengths: 'She is extremely good on details.' Recent work: Acted in Harris v Moorhouse Farms, an agricultural tenancy and estoppel dispute." Chambers UK Guide 2019 (Agriculture & Rural Affairs)

"Clients appreciate her technical ability and her cross-examination skills."Legal 500 2018 (Agriculture)