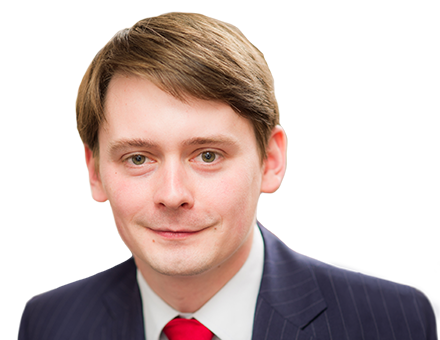 He is an experienced advocate in the courts and property tribunals, with reported successes in appeals before the Court of Appeal (concerning an appellate court’s jurisdiction to interfere with a first-instance costs award made after settlement of the substantive claim) and the High Court (concerning the validity of a landlord’s break notice served in the registration gap following a transfer of the reversion).

Jamie is co-author of two practitioner texts, Muir Watt and Moss on Agricultural Holdings, Fifteenth Edition (2018) and The Law and Practice of Charging Orders on Land (2013).

"Jamie is a great advocate; his written advice is outstanding."Chambers and Partners UK Guide 2023

‘Jamie is ridiculously clever, diligent and personable; he is destined for great things. ’Legal 500 2023

Jamie Sutherland is a well-regarded junior with particular expertise in agricultural landlord and tenant disputes. He is also frequently instructed on real property law matters. He was a general editor of the 15th edition of the leading textbook Muir Watt & Moss: Agricultural Holdings. "He's very intelligent, and his ability to cut through complex issues is marvelling." "He was quick and provided high-quality advice - exactly what you need when you want someone to tell you the answers to what you need to know when you don't know what you need to know!" Chambers and Partners Guide 2022 (Agriculture)

"He is very technically competent. Agricultural property law is a complex subject and he has a very good grasp of the issues." "He has a great manner with the client and is friendly and approachable."Chambers and Partners Guide 2021 (Agriculture & Rural Affairs)

"Insightful knowledge of agricultural holdings and is very good at cutting through complex issues and putting in a simple way with modern comparators. This is a very niche area and his knowledge and capability in this area instils confidence from the outset."Legal 500 2021