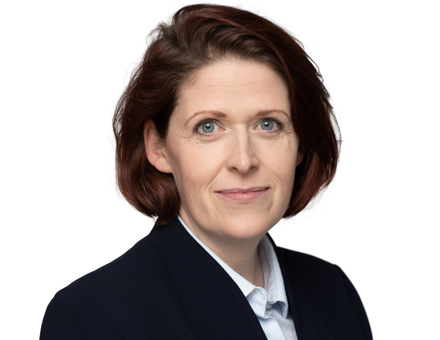 Tamsin specialises in all areas of property law, including all aspects of real property and both commercial and residential landlord and tenant, as well as property-related insolvency matters.  She has extensive experience of litigation in the Court of Appeal, High Court, County Courts across the country, the Lands Chamber of the Upper Tribunal and the Property Chamber of the First Tier Tribunal.

Tamsin’s recent cases have related to the following areas:

Tamsin regularly delivers lectures on property law matters, and writes articles for periodicals including the New Law Journal.  She is co-author of The Law and Practice of Charging Orders on Land.

Tamsin Cox predominantly focuses on landlord and tenant cases in both commercial and residential settings. She has expertise in disputes relating to easements, including rights of way and rights to light. "She has very good technical knowledge, very good attention to detail, and good advocacy and written work." "She is knowledgeable, measured and good with clients."Chambers and Partners UK Guide 2022 (Real Estate Litigation)

"Excellent legal analysis and advice. Notwithstanding the challenges of the remote hearings and the arcane subject matter of the case, Tamsin presents calmly and persuasively."Legal 500 2022

Predominantly focuses on landlord and tenant cases in both commercial and residential settings. She also acts in property-related insolvency matters. Strengths: "She is very bright, gives clear and firm advice and is good with clients." "A very effective advocate who is concise, well prepared and doesn’t pull her punches." "Tamsin is very forensic and no stone is left unturned."Chambers and Partners UK Guide 2021 (Real Estate Litigation)

"She has a textbook knowledge on rent reviews. She is responsive, technically excellent and has a real "can do" and team-orientated approach."Legal 500 2021

Predominantly focuses on landlord and tenant cases in both commercial and residential settings. She also acts in property-related insolvency matters. Strengths: "Clients like her and she has good technical expertise." "A highly effective advocate." Recent work: Acted in a First-tier Tribunal case regarding the reasonableness of service charges at a block of apartments in Nottingham.Chambers and Partners UK Guide 2020 (Real Estate Litigation)

Tamsin is "superb" and has "excellent knowledge of the field". Her practice covers various issues, including insolvency, forfeiture and deposit schemes. Who's Who Legal UK Bar 2019 Guide

"She excels in the courtroom with devastating controls of the facts and law."Legal 500 2018