A 100% beneficial owner, on the basis of a common intention constructive trust, in actual discoverable occupation on the date of a second mortgage, has priority over that lender

Kavish Shah, instructed by Paul Branch of Buckles Law appeared for the successful applicant/second defendant in the two-day trial of this case. It was determined that the applicant was the 100% beneficial owner of her house, held on trust by her son, that she was in actual occupation on the date a second mortgage was entered into, and that consequently, her interest had priority over the lender’s interest.

A possession order was granted. However, the first defendant’s mother made an application to be added to the claim as the second defendant and for the possession order to be varied under CPR r 40.9 to make clear it could not be enforced against her. The second defendant’s case was that the house was always intended to be hers, that she had provided the deposit money and had paid all the mortgage instalments under the first mortgage. The house and all document relating to the purchase were only put in her son’s name as she had to be out of the country when the purchase took place. It was therefore submitted that there was a common intention constructive trust under which she was the 100% beneficial owner of the house.

The second defendant’s case was further that she was in actual discoverable occupation of the house when the second mortgage was entered into and that the lender had not carried out a reasonably careful inspection. On this basis, it was submitted that her interest had priority over the lender’s, having regard to Schedule 3 of the Land Registration Act 2002. The second defendant’s case therefore followed the cases of Williams & Glyn's Bank v Boland [1980] UKHL 4 and HSBC v Dyche [2009] EWHC 2954.

The lender disputed both the common intention constructive trust and actual discoverable occupation. In addition, the lender put forward an argument that even if there was a trust and actual discoverable occupation, sections 23-36 of the Land Registration Act 2002 and Section 6 of TOLATA should be interpreted as meaning that the equitable interest of a sole beneficial owner is incapable of overriding the interest of the mortgagee as such an overriding interest would amount to questioning the title of the mortgagee. Reliance was place on the comments of Lewison LJ in Mortgage Express v Lambert [2016] EWCA Civ 555.

The Recorder found for the second defendant both on the facts and on the applicable law. The lender’s legal arguments were rejected as (a) they would render the priority provisions in the LRA otiose (and those provisions immediately follow on from sections 23-26), (b) the comments in Mortgage Express v Lambert were obiter, (c) the issue had been more recently considered by the High Court in Ali v Dinc [2020] EWHC 3055 and the argument had been expressly rejected (and the obiter comments in Mortgage Express had been doubted), and (d) section 6 of TOLATA refers to the power of trustees plural and in the present case there was only a single trustee. 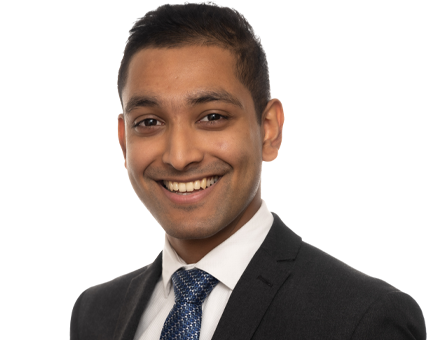