It seems fitting to end 2021 for commercial L&T bods with news of a decision on a 1954 Act unopposed lease renewal in the case of Saville-Edells & Saville Edells v Jain, in which Joe Ollech, instructed by John May of TWM Solicitors, represented the successful claimant tenants.

As is well known unopposed lease renewals cases rarely fight to the bitter end, especially on rental value issues.  But in a world where Covid has turned the commercial property sector on its head there is a huge uncertainty as to what its effect will be in terms of rental values and the approach the court will take.

So far, and during 2021, the market has been able to consider a number of different decisions of the County Court. WH Smith Retail Holdings Limited v Commerz Real Investmentgesellshaft MbH was concerned with the issue of a pandemic rent suspension clause, and whether such a clause should trigger an uplift in rent. In Poundland Ltd v Toplain Limited the court was concerned with whether or not a clause should be inserted that would reduce the rent and service charge by 50% in the event of a government-imposed lockdown.  And in S Franses v The Cavendish Hotel (the next round of that litigation) the court was concerned the rent to be paid under the new lease.

The decision in this case relates to ordinary high street lock up shop premises and was primarily concerned with the rent to be set for the new lease, and the interim rent. The claim had been issued as long ago as April 2019, had been due to be tried in April 2020, but was then adjourned and tried in October 2021.  In these circumstances the Court was faced with a situation where it had to consider pre-Covid values, peak Covid 2020 values, and a possibly recovering or uncertain situation during 2021.  2019 and 2020 were relevant to the interim rent, and the up-to-date situation (or as close to it as possible) would be the basis for the new rent.

The parties’ experts adopted very different approaches. For the landlord the (unlikely) general argument was advanced that Covid had not had a real impact on the high street retail sector at all, that rental values, if they had dipped, had recovered, and that different parts of the sector had experienced different outcomes. The landlord’s expert considered that it could be asserted in general terms that parts of the high street retail sector (and distribution centres) had actually done rather well, on the basis that people had stayed local, and that it was shopping centres that had suffered the most.

The tenant’s expert took the position that Covid has had a real and lasting impact on the high street retail scene, and measurably depressed the rental values in this sector and at this location.  The judge agreed with the principle of the tenant valuer’s approach, confirming the “intuitive” view that this is now a tenant’s market – saying that:

I do not consider however that Mr Bacon’s argument is sufficiently strong to dissuade me from the, intuitive, view that the pandemic has had a depressive effect on rents. Mr Bacon’s reliance on the figures from his comparable analysis depend on his analysis, some of which I reject (see below). Whilst I accept that different areas may well be affected differently by the pandemic, I agree with Mr Marks that there must still be considerable uncertainty amongst retailers and prospective retailers as to what the future holds for them.

This case was heard and decided before the very recent introduction of Plan B, and so it was prescient in that respect, and underscores the fact that this type of uncertainty is set to continue for the foreseeable future.  Rental values decided in this landscape can expect to be pushed clearly downwards, and landlords should be realistic about the values they are likely to achieve.  In this case the Court determined the new rent to be at £28,350 per annum as against the £45,000 per annum sought by the landlord.

The tenant’s approach also prevailed in respect of the interim rent application. Due to the adjournment of the trial the interim rent period now spanned a good year (2019), and an awful year (2020). The tenant’s expert’s view was that these two years could be smoothed into a blended figure, and this led to on interim rent figure of £30,550 which the Court adopted.

Apart from the substantive issues regarding rent and interim rent, this case also threw up an issue at the very last minute which will also be of some practical procedural interest.  In its claim form, back in 2019, the tenant had proposed a rental value of £32,500 for the new lease.  By the time the matter came to trial in late 2021, and in a Covid world, the tenant sought at trial a lower figure of £24,500, which was the figure put forward in its expert report.

In closing submissions, the landlord’s representative took a belated pleading point, seeking to argue that it was not open to the tenant to seek - and the Court could not award - less than the £32,500 set out in the claim form, which had not been amended.

Following immediate ad hoc submissions and having adjourned briefly to consider the point the Court concluded that the claim form did not set a floor that the Court could not go beneath.  The claim form seeks an order for the grant of a new lease.  Its format is dictated by CPR PD 56.  In that form the claimant sets out is “proposals” as to the terms of the new lease which will in due course be ordered by the Court.  What that rent will be is a matter for the Court decide, on all the evidence, and it is not strait-jacketed by the particular figure that a party had proposed in its prescribed statements of case many months before.

This will be reassuring to litigants and practitioners, where it is often the case that a party’s position on a rental value will shift between the issue of a claim and trial. Nevertheless, to eliminate the risk of such a point being taken it can be recommended as best practice that where one inserts a figure for the proposed rent in a Part 56 claim form or acknowledgement of service, one should add the safety net wording of “or such other sum as the Court may determine”.

A copy of the judgment is available here. 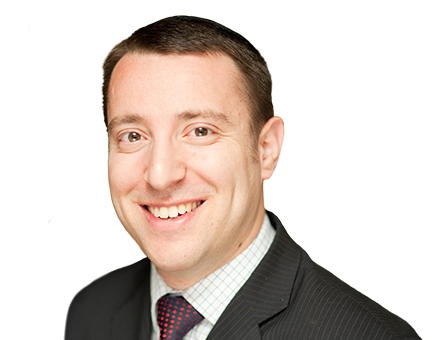