Consideration, Comparables and Compensation under the Electronic Communications Code

Before the New Code

Of course, in most cases, the parties themselves anticipated what the Court might decide by themselves agreeing a consideration acceptable to each of them.  This too would have approximated a rent agreed in the open market, albeit under the shadow of the old Code.

“It is quite clear that the cost for “rents” in the telecommunications industry are [sic] significantly higher than those enjoyed by utilities and providers of essential services.  Government is also clear that site providers should get fair value for the use of their land, but considers that this should not, as a matter of principle, include a share of the economic value created by very high public demand for services that the operator provides.  The Government is therefore proposing that the revised code should limit the value of consideration by changing the basis of valuation to a “no scheme” rule that reflects the underlying value of the land.  This is a rate that is more relevant to the nature of modern digital communications infrastructure roll out, and will work to encourage greater investment and improved network coverage”.

This policy was carried through (albeit somewhat clumsily) into the drafting of the new Code, to which I now turn.

As the UT commented in the Islington case, “in some ways this is a surprising formulation”, because a “market value” is “usually understood to be the value or price agreed on between a willing buyer and a willing seller in an arm’s length transaction after proper marketing”.  But, as the UT notes, paragraph 24(1) focuses on “the value of the agreement to only one of the parties – the seller (referred to as the relevant person)”.  However, the UT swiftly moves on to explain the answer to this apparent conundrum as follows:

“The underlying reason for expressing the measure of value by reference to only one of the parties may have been a wish to signal at an early stage an intention to borrow a fundamental principle from the field of compensation for compulsory purchase known as the “value to the owner” principle or the “no‑scheme” principle.  The most important feature of this principle is the requirement that any value attributable solely to the scheme of the authority which proposes to acquire land compulsorily must be left out of account when determining the compensation payable to the owner of the land, also known as the Pointe Gourde principle.  The owner of the land is to be compensated for what he has lost without regard to additional value which the owner was not in a position to realise, and which only attaches to the land because of the intention of the authority with compulsory powers to use the land for its chosen purpose.”

As the UT points out, this is given a quite different “signal” to that given by the earlier provision.  The references to a “willing buyer” and a “willing seller” in an “arm’s length transaction” in which both parties act “prudently and with full knowledge” follow closely the definition of Open Market Value for freehold sales and rents to be found in the RICS “Red Book”.  Furthermore the introduction into the new Code valuation criteria of a specific transaction on a particular date and terms gives what the UT described as “an entirely conventional shape to the exercise which must be undertaken”.  As they point out, this “requires the assumption of a transaction, whether or not one would happen in reality.  The transaction is to be assumed to take place in the open market with all the features present in that market in reality – as explained by Hoffmann LJ in IRC v Gray [1994] STC 360 (a case concerning valuation for capital transfer tax)”.

“The market value must be assessed on these assumptions –

As the UT correctly comments, these assumptions, in particular “are absolutely critical to the outcome” of the valuation.  The assumption, which is conveniently described by the UT as the “no‑network” assumption, is further explained in para [68] as follows:

“The obvious purpose of the no‑network assumption is to exclude from the assessment of consideration any element of value attributable to the intention of the operator to use the site as part of its network.  The assumption gives effect to the policy expressed in the ministerial statement that the fair return to the site provider “should not, as a matter of principle, include a share of the economic value created by the very high public demand for services that the operator provides”.  The presence in the market of operators who might wish to use the site to provide a network must therefore be ignored, and the price which such operators would in practice offer for the site must not be taken into account in assessing consideration.”

In Islington a figure of £2,551.77 per annum had originally been offered, a position from which the operator generously did not resile even though the valuation figure eventually put forward by its expert under the new Code was £1 per annum.  The site provider’s valuer arrived at a valuation of £11,000 per annum (or £13,250 per annum if four dish antennae were permitted).  Both experts sought to support their valuation figure, or alternative figures, by various methods.

In the Compton Beauchamp case the operator’s expert calculated that the consideration payable for the whole of the proposed 10‑year term should be £26.  The site provider’s expert put forward a figure of £9,500 per annum assuming that the other terms put forward by the operator were imposed by the UT, but a lower amount of £4,300 per annum on the basis of more conservative terms derived from the OFCOM standard form of agreement.

In both cases, therefore, the operator’s expert said that the value of the rights applying the methodology mandated by the new Code was virtually nothing, whereas the site provider’s expert supported a significant figure, albeit one which was not enormous, payable on an annual basis.

His alternative approach, based on car park values, required a discount of 99% to take account of the obvious difficulties in parking cars on an inaccessible rooftop.  This also supported his valuation of £1.

The UT also found that method to be unconvincing.

Reflections on the use of Comparables

However, a courageous attempt in the Islington case to include, as a head of loss for which the site provider ought to be compensated, the effects of the no‑network assumption itself was rejected by the UT.  They said at para [133]:

“We acknowledge that, in practice, the valuation assumptions required to be made when assessing the amount of consideration payable prevent the site provider from realising the true value of its land.  In reality, the site provider is prevented from realising that portion of the value of its land which is attributable to its suitability for use in connection with the provision of a telecommunications network.  But that does not give rise to a loss for which compensation is payable under paragraph 84.  For the purposes of the Code, including for the purpose of determining whether a compensatable loss has been sustained, consideration determined in accordance with paragraph 23 must be taken to be the market value of the rights conferred.  We agree with the submission made [on behalf of the operator] that it was not Parliament’s intention to treat entry into a Code agreement (or the imposition of one) as, without more, an event giving rise to loss or damage.”

[1] EE Limited and Hutchison 3G UK Limited v London Borough of Islington [2019] UKUT 53 (LC) (Martin Rodger QC, Deputy Chamber President and A.J. Trott FRICS).  I am grateful to my co‑lecturer, Wayne Clark, for his summary of the valuation methodology laid down by the UT in this important case, which I have attached as an Appendix at the end of this article.

[3] No criticism is intended of any of these valuers, who faced the Herculean task of valuing rights without any clear guidance as to how to do so, based on very problematical evidential materials on which to base their conclusions.

Download: Consideration, Comparables and Compensation under the Electronic Communications Code Back to articles 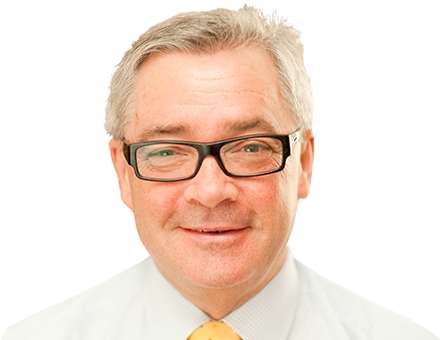