“Stay” no more: the future for possession claims. Practice Direction 55C (and Christmas?)

First it was CPR PD 51Z.  Then CPR 55.29.  Not to mention Arkin v Marshall [2020] EWCA Civ 620; Hackney LBC v Okoro [2020] EWCA Civ 681; TFS Stores Ltd v Designer Retail Outlet Centres (Mansfield) General Partner Ltd [2020] EWCA Civ 833.  Has any other element of civil procedure law, not least one with a mere 5 month lifespan, ever received consideration no fewer than three times by the Court of Appeal?  Such is the significance of the coronavirus-related general stay of possession claims.

Temporary measures do not last forever though and (absent a reversal of the current easing of the lockdown measures) it now seems clear that the stay will come to an end on 23 August and will not be extended.

But what about life after 23 August?  Will it be back to “normal”?  As you were?  A free-for-all?  A mad rush by landlords seeking justice belatedly delivered in possession claims?

Well, we now know that there is going to be some sort of procedure to regulate the potential chaos that might otherwise result, and to manage the flow of the considerable number of claims which have been on hold since March.  The Civil Procedure (Amendment No.4) (Coronavirus) Rules 2020 (SI 2020/751) – made on 17 July and in force from 23 August – tell us that there is to be provision for how possession claims (including appeals) are to proceed following the expiry of the stay: article 2.

But how is this to be achieved and what will the regime be?

The answer is to lie in a new, temporary, practice direction – Practice Direction 55C.

Actually though, that statement is not so much a spoiler; more a teaser.  Despite the Explanatory Note to the new Rules stating that the practice direction is published on the MoJ website at http://www.justice.gov.uk/courts/procedure-rules/civil, at the time of writing no such publication has in fact been made.

So we wait with bated breath.  We know that – like Santa – PD 55C is on the way but we don’t know what exactly it will bring.

That said, the Explanatory Memorandum to the new Rules gives us some clues.  It advises that PD 55C will last until 28 March 2021 (with the ability for interim review) and will include:

It is said that PD 55C will promote best practice and consistency in and relating to possession proceedings in the continuing context of the pandemic and the economic situation, as the stay is lifted.   The Government’s wish is that the resumption of cases should be handled in a sensitive and proportionate manner given the public health implications of Covid-19 and the need to prevent homelessness, and the arrangements that have been put in place to support the rented sector.

The measures which PD 55C will introduce may perhaps be necessary and understandable but it is unlikely that they will be greeted with rapturous acclaim by landlords, especially those who have invoked mandatory grounds for possession, whose claims have already been on hold for months.

A number of points may be made.

First, there are the extra tiers of obligations imposed on landlords (the reactivation notice etc.).  The Explanatory Memorandum acknowledges that these will place a burden on landlords, stating, “The temporary arrangements for possession proceedings will have an impact on landlords who have been unable to pursue proceedings for eviction and will be required to demonstrate that they

have engaged with their tenants in an effort to find a solution before making a claim.”

This statement raises more questions than it answers, particularly in relation to the interaction of PD 55C with claims for possession brought under mandatory grounds, e.g. section 21 claims in respect of assured shorthold tenancies and ground 8 claims for substantial rent arrears.  To identify but a few issues: how, if at all, will PD 55C impact on the prima facie absolute entitlement of landlords to recover possession in such cases?  What nature, level and standard of engagement will be required?  What is a “solution” which should be sought where the landlord simply wishes to terminate the tenancy in a no-fault eviction setting?

Secondly, there is the fact that the need for a reactivation notice will no doubt catch out many an unrepresented landlord who (not unreasonably) assumes that, having brought a claim and paid a court issue fee, when the pandemic induced stay is over, their claim will proceed forward without further ado.

Thirdly, and perhaps most significantly for landlords, it is tolerably clear – particularly from the final two (italicised) bulleted points above – and certainly practically realistic to suppose that the new system for hearing and disposing of possession claims is likely to see and occasion a considerable degree of attendant delay.

The forum of numerous possession claims is a crowded one and, in this age of social distancing, it is only to be expected that the progress towards clearing in court (to say nothing of execution by bailiffs) the serious backlog of cases will not be as swift as many landlords would desire.  The timeframes are surely likely to be drawn out.

Consequently, any landlord hoping for a speedy possession order may be disappointed.

All this leads one to wonder: does the “C” in PD 55C perhaps stand for Christmas?

Indeed, given the current and anticipated state of play, with the Lord Chief Justice himself having indicated that the backlog in court cases caused by the pandemic could continue into next year (notwithstanding the newly announced Nightingale courts) many landlords might readily bite your hand off if you offered them the promise of Santa (in the form of the court service) delivering them possession in time for 25 December.

In the meantime, Stay Alert: for possession claims, the times they are a-changin’ – although just how, and how fast (or slowly), remains to be seen.

Download: “Stay” no more: the future for possession claims. Practice Direction 55C (and Christmas?) Back to articles 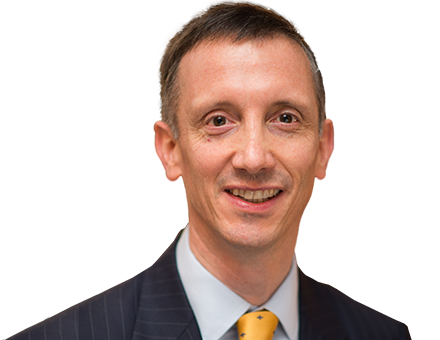