PD 51Z, which stayed possession proceedings from 27 March 2020, has been superseded by new CPR 55.29, which came into force on 25 June and extends that stay until 23 August 2020. This article considers whether the new CPR 55.29 has changed the effect of the stay under PD 51Z. In particular, what is the test for its lifting? Is the test exceptional circumstances, as under PD 51Z? Does CPR 55.29 apply if the court has previously lifted the stay, perhaps without considering whether it was right to do so?

What are possession proceedings?

First, what does CPR 55.29 do? Under CPR 55.29(1), it stays “all possession proceedings brought under this Part and all enforcement proceedings by way of writ or warrant of possession that are (a) stayed immediately prior to this rule coming into force, or (b) brought after this rule comes into force and on or before 22 August 2020”.

The Court of Appeal has recently considered the (ostensibly straightforward) meaning of “possession proceedings brought under this part [Part 55]”, in TFS Stores Limited v The Designer Retail Outlet Centres (Mansfield) General Partner Limited [2020] EWCA Civ 833. The case concerned two actions, each relating to a number of tenancies held by the same tenant (albeit under different landlords). In the first, the tenant sought a declaration that two of its tenancies had not been validly excluded from the Landlord and Tenant Act 1954. The landlords counterclaimed for possession.

In the second action, the landlords sought declarations that four other tenancies were excluded from the 1954 Act. At the time the second action was issued, the contractual terms of those tenancies had not yet expired. However, by the time judgment came to be given, three of the four had. The claim was not formally amended to seek orders for possession, but the parties agreed that if the judge decided that the tenancies were not protected, possession orders could and should be made.

The judge at first instance had held that the tenancies had been excluded from the 1954 Act, and made five possession orders (the sixth tenancy having not yet expired). The tenants were granted permission to appeal on 8 November 2019, and a hearing was fixed for 24 June 2020. On 26 May 2020, the tenant sought to adjourn the hearing, on the basis of hardship caused by the Coronavirus pandemic. Following the decision of the Court of Appeal in London Borough of Hackney v Okoro [2020] EWCA Civ 681 that appeals are in fact caught by PD51Z, the tenant wrote again to the Court, this time contending that the appeal was automatically stayed under PD51Z.

Lewison LJ refused the tenant’s applications on paper, on the basis that the stay was limited to “proceedings for possession brought under CPR Part 55”, with neither action having been brought by way of the Part 55 procedure. However, following an oral hearing before the Court of Appeal, the Chancellor, Sir Geoffrey Vos (with whom Asplin LJ agreed) ultimately considered that both actions were caught by the stay.

This is, in our view, rather surprising (and it should be noted that Arnold LJ gave a dissenting judgment, in accord with the paper determination of Lewison LJ, that in order to decide whether proceedings were caught by the stay, it was necessary to look at how they had in fact been initiated). The majority decision leaves the words “brought under this Part” without any real meaning, and its effect is that many more claims are “proceedings for possession brought under [CPR Part 55]” (and the reach of PD51Z/r55.29 extends considerably further) than had been thought. As has been discussed by one of our colleagues, Joe Ollech, it also gives rise to a number of difficult procedural questions which will linger even after r55.29 has ceased to have effect.[1]

Is a claim stayed when the stay has been lifted under PD 51Z?

Once it is established that a claim does constitute “proceedings for possession brought under [CPR Part 55]” or is one of the “enforcement proceedings by way of writ or warrant of possession”, the category of those claims or writs or warrants to which the stay applies falls into two. Of the two, the second category is the clearer. Any new proceedings brought under Part 55 will be stayed once issued; that they can be issued is made clear by CPR 55.2(3).

The first category is slightly more complicated. To determine whether a current claim is stayed, one must first ask if it was already stayed prior to 25 June. Thus one must ask whether the claim was one to which PD 51Z applied. Since that applied to all claims brought under Part 55, irrespective of the stage they have got to, most Part 55 claims now before the courts will be stayed.

That is presumably unless the stay under PD 51Z was lifted by a court during the currency of PD 51Z. If the stay was lifted, and for all purposes (rather than for permitting a limited set of litigation steps, for example the hearing of the appeal in Arkin v Marshall [2020] EWCA Civ 620) then it will not have been stayed immediately before CPR 55.29 came into force.

In Arkin v Marshall, the court gave clear guidance on lifting the PD 51Z. Though the court had a residual discretion to lift the say, it could only do so in exceptional circumstances, with exceptionality judged against the purpose of PD 51Z, to protect people from eviction during the lockdown required to protect the public from Covid-19, and to protect the administration of justice, so as to reduce the burden on the court from possession claims, and the health risk to judges and court staff. The Court of Appeal could not think of any exceptional circumstances (except perhaps if eviction was needed for public health purposes).

Despite that, in particular before judgment in Arkin v Marshall was handed down, courts took different approaches to the application of the stay, and the ability to lift it, for example to allow for case management of a possession claim, past its first hearing, and requiring directions to trial. That means that there are a number of cases, no doubt, in which court orders giving directions have been made despite the stay (especially now the Court of Appeal has confirmed in TFS that the stay’s scope is wider than many, including Lewison LJ, had understood from the wording of PD51Z and r55.29). Indeed, a number of appeals were heard and handed down in the High Court during the stay without reference to it. What is the effect of such an order? Has it lifted the stay for all purposes? Conversely are they of no effect at all, so that their outcomes will have to be relitigated again?

The likely starting point is that a court order, once made, is enforceable until set aside. It thus does not seem the likely conclusion that a directions order has no effect at all, even if made during the stay without the issue of whether the stay applied and should or could be lifted ever having been considered. This is not like a case where an order is purportedly made by someone with no judicial power (by a court officer, perhaps, with the category of cases in which he was entitled to make orders misunderstood). Such an order would have no effect. A judge did have the power to lift the Arkin v Marshall stay, during the currency of PD 51Z. An order made by him, without considering whether to lift the stay, or misapplying the exceptionality test, might be open to appeal (with the time period for appeal perhaps more open to extension than usual since the effect of the stay even on it is so unclear). However, if he has made a court order, it is one with effect.

A similar argument, which arrives at essentially the same conclusion, could be made by reference to CPR r 3.10. This provides that “Where there has been an error of procedure such as a failure to comply with a rule or practice direction (a) the error does not invalidate any step taken in the proceedings unless the court so orders; and (b) the court may make an order to remedy the error”. It could be said that a judge’s failure to consider whether to lift the stay, and/or to state that he/she was doing so, is an error of procedure. If so, the effect of CPR 3.10 is that that error has no effect on any order made subsequently (albeit the Court may subsequently cure it by further order if it considers appropriate).

Assuming that is the case, does it follow that a judge who has made a directions order in a Part 55 claim during the currency of PD 51Z, and without consideration of the effect of the stay at all, has lifted the stay for all purposes, so that CPR 55.29 does not apply? That seems to be the wrong conclusion, against the spirit of the stay. Without an express decision of the length of lifting of the stay, the better answer is that the stay has been lifted to make the order in question only, and the case is stayed once again, as soon as the order has been made. That would be consistent to the approach for agreed directions (even when the dates agreed are within the stay period). PD 51Z, and now CPR 55.29 disapply the stay to such applications, so the court can approve them, but go no further.

In any event, even if a court had inadvertently lifted the stay for all purposes, without considering whether the test of exceptionality applied, the correct approach once the case came before it again, during the CPR 55.29 period, would be for the judge to impose a fresh stay for the same period, and hence mend what had gone wrong.

Exceptionality as the test for lifting the stay

Why is that the case? As set out above, in Arkin v Marshall, when considering the test for disapplying the PD 51Z stay, the Court of Appeal considered the purpose of the stay as set out in the explanatory note for PD 51Z. As noted by the Court of Appeal in TFS, CPR 55.29 has an explanatory memorandum. It sets out the purpose of the stay as enabling “the government to finalise urgent work with the judiciary, legal and advice sectors to put appropriate arrangements in place for the resumption of proceedings on 24 August, and to make sure that all parties are properly protected when the moratorium ends”. Thus despite the slow lifting of the lockdown, this stay under CPR 55.29 is as blanket a stay as the Court of Appeal described PD 51Z in Arkin v Marshall. The intention behind the stay is that there are no possession claims before the court, save for the limited trespass exceptions. To allow an accidental disapplication of the stay during the currency of PD 51Z to continue under CPR 55.29 would be against that purpose. A judge in that position should reimpose the stay.

That too suggests the answer to the question of whether the CPR 55.29 stay can be lifted, and if so, what the test is for its lifting. The explanation in Arkin v Marshall for why the PD 51Z was still subject, in principle, to the CPR 3.1 jurisdiction to lift a stay, was that there was nothing in the wording of PD 51Z, despite its blanket nature, to disapply CPR 3.1. The same is true of CPR 55.29. The Court of Appeal has confirmed in TFS that the residual discretion has not been excluded, and moreover, that the test for lifting the CPR 55.29 stay is the same: exceptional circumstances, with every indication that those would have to be exceptional indeed. 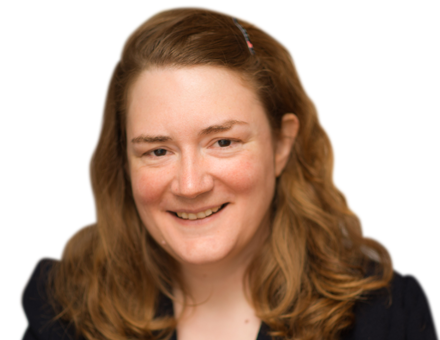 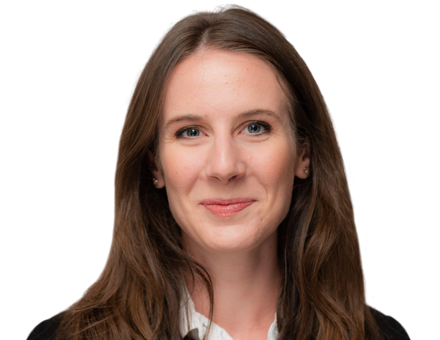