Witness actions – press on … or pause for breath?

Witness actions – press on … or pause for breath?

On 20 March 2020 the Lord Chief Justice issued guidance on the future conduct of trials, including a statement that hearings, including trials and witness action, should take place whenever possible, even if that meant that one, several, or all of the participants attended remotely. “Final hearings and hearings with contested evidence very shortly will inevitably be conducted using technology. Otherwise, there will be no hearings and access to justice will become a mirage.”

Those of us with witness actions listed in the near future breathed a sigh of relief and continued with preparations. At that stage it was envisaged (if only hazily) that each legal team would occupy a conference room, probably located in a solicitor’s office or possibly in Chambers, in which the attendees for each side would respectively congregate, with the usual face to face communications between players in each room, and remote access to the opposing team’s bunker, the Court sitting in splendid isolation elsewhere.

Then two things happened. Firstly, social distancing was introduced (it has of course subsequently been intensified). Secondly, the Lord Chief Justice issued further guidance making it quite clear that, where hearings were to be conducted remotely, they must do so subject to the government guidelines, and specifically must not be used to obviate the rules on social distancing. In other words, remote hearings would have to be conducted with each single participant dialling in individually, using one of the business networking platforms, allowing each participant to see and be seen by all the other participants.

On 22 March 2020 the Remote Hearings Protocol was issued providing a set of clear guidelines on how to approach Remote Hearings. It hands a lot of decision-making power to the individual Judge to whom the case is allocated, though in reality much of what has been provided for existed in the abstract under the court’s general case management powers. It also provides for a core e-bundle of key documents to be made and distributed to the participants, for use at the hearing.

It sets out a mechanism for the Judge to consider, in the week or so prior to the commencement of the hearing, whether and if so how to proceed with the hearing. The Judge can make that decision known to the parties, who have the chance to respond in writing if they do not like the decision – a sort of short order case management appeal process. It also gives the Judge the power to call at short notice a telephone CMC with counsel in order to discuss/agree the best way forwards.

In the light of the changing landscape, we and our clients needed to put flesh on what had previously been reasonably impressionistic ideas of how a remote trial would be conducted. Our deliberations led us to identify a number of problem areas, which, taken together, made us realise that there was a serious risk of prejudice, not to any one party but to the integrity of the process, if a remote hearing were to be conducted. We concluded that doing so was neither practicable nor in the interests of the administration of justice.

Given the latest government restrictions and the Lord Chief Justice’s clear guidance, it would not, contrary to our earlier understanding, be possible to host witnesses at solicitors’ offices. Therefore, each individual witness would have to dial in remotely from his/her home. This would cause potentially insurmountable logistical challenges, including:

(1) Provision of a 17 lever arch files bundle to each of five witnesses. It was unrealistic in the timeframe to achieve an e-bundle. Moreover trying to navigate documents and statements within an e-bundle would risk placing the witnesses under undue pressure. This problem could not be entirely forestalled by the provision of a selective “core” e-bundle, as envisaged by the Protocol, since the witnesses are (rightly) not involved in the selection of documents comprising the core bundle, but may well under cross examination wish to refer to documents which have not been selected for inclusion in the e-bundle. Inviting the witnesses’ input to the choice of documents on the basis of potential lines of cross examination would (a) be laborious and unlikely to be achieved in the time; (b) be impracticable because it would involve the witnesses each trawling large parts of the 17 lever arch files in soft copy to identify what documents might conceivably be of relevance, not something they are best placed to gauge in advance of being questioned; and (c) risk crossing the line in terms of preparing/coaching a witness for cross examination.

(2) The lack of a solicitor present to supervise the witness to ensure probity. How could the court ensure that a witness was not, whilst under cross examination, in text or email contact with someone else, or did not have someone in the room, out of camera range, passing notes, for example?

(3) The need for continuous communications with each witness throughout the trial (until the completion of their evidence).

(4) The increased risk of interruptions to internet service during cross-examination and the consequent inherent difficulties for the judge in reaching a view of the credibility of each witness.

These difficulties risked causing unfairness to the parties and, in particular, the witnesses themselves; a fortiori since the credibility of each of the five witnesses was in issue. The risk of serious injustice to both parties and their witnesses was, we felt, significant given the inherent disadvantages of mass video evidence in such a case.

On a practical level, we concluded, based on our own recent experiences, that there was a high risk of the technology failing the court/parties. The problem lies not so much in the networking software, which appears to be broadly reliable. Rather, domestic internet supplies are failing to cope with the additional demands placed on them as a result of now widespread home working. One witness reported on the previous day suffering significant interruption during his use of Zoom for a one to one session with a colleague, and had had to resort to using FaceTime on his smart phone to complete the session. Similarly, each of us had individually experienced difficulties with teleconferencing, including internet coverage disappearing suddenly, for extended periods of time, as result (we presume) of the increased burden on the providers caused by so many home workers. Reports from colleagues included service that did not break down as such, but was patchy, or fuzzy, so that an estimated 10% of the other side’s submissions was lost. Moreover, counsel and solicitors would need to stay in touch in the usual way, meaning that in addition to operating the video technology linking all participants openly, the legal representatives within a team would have to cope with the additional demands of sending and receiving emails or texts, or possibly having a second video connection between themselves.

We felt that the risk of an unworkable hearing, even over three days, was too high to ignore. There would be three counsel, four solicitors and five witnesses, all connecting remotely, in addition to the Judge and the Judge’s clerk. The scope for interruption was undoubted: counsel dropping out mid-submission, witnesses disappearing mid-cross-examination, the Judge needing something but not being able to contact the clerk, and so on.

Very reluctantly, but with little doubt, we reached the conclusion that this was no way to try the claim. The risks to due process ran too high.  Three days before the trial was due to commence, our solicitors wrote a letter to the Court, applying for an adjournment. At almost exactly the same time the Judge, Zacaroli J, informed counsel that he was holding a CMC later that day to discuss how the trial would be conducted. Within an hour we submitted written submissions setting out the challenges as we saw them, and requesting an adjournment.  Sometime later, our opponents wrote to the Judge confirming that they agreed with our application. Within minutes we received a reply from the Court, indicating that the adjournment would be granted, with costs in the case. The Judge has very unusually provided that the matter be relisted on the first open date on which an oral hearing could be conducted (i.e. an unknown date) without any mechanism for finalising that date (i.e. a listing appointment or a PTR). This is not an order we would expect to be made in normal times. Perhaps it just shows a recognition by the Courts of how flexible they are going to have to be.

We do not believe that it will never be possible, or appropriate, to conduct a witness action remotely. We do feel, notwithstanding our instinct as counsel to keep the trial date at all costs, that being bounced into trying to make it work at short notice, without adequate time to make sufficient preparations, risks a disrupted and ultimately unsatisfactory process. The trial might have gone smoothly enough for due process to be adequately preserved and a fair and just result achieved (though in our view there are no obvious answers to the difficult issue of witness scrutiny/supervision). But there was a sufficiently realistic possibility that it might not have gone smoothly enough for us, and our client, to conclude that proceeding involved risks that were just too high.

Our conclusion is that a much longer lead time will be required in order to establish robust communications, familiarity amongst participants with preparing and navigating e-bundles, and answers to the difficulties of ensuring witness probity. Only then will parties be able to conduct fully remote witness actions, confident that due process will ensure, and lead to a just result.

Download: Witness actions – press on … or pause for breath? Back to articles 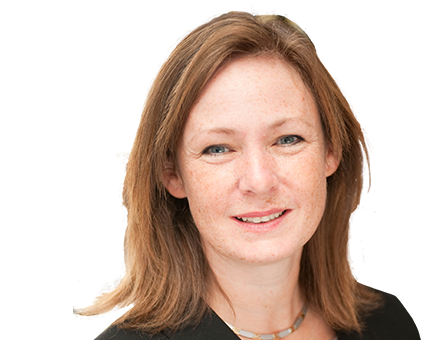 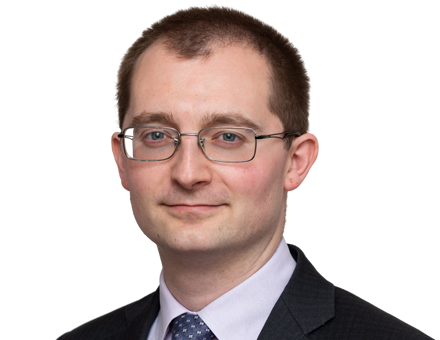