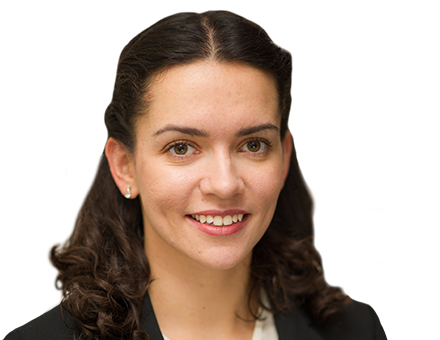 Julia Petrenko practises in all areas of real property and landlord and tenant law. She has experience of complex, high-value litigation in the High Court and was recently led by Kirk Reynolds QC in Brooke Homes (Bicester) Ltd v Portfolio Property Partners Ltd [2021] EWHC 3015 (Ch). This was a 9 day trial of a claim relating to the proposed construction of an eco-town where the claimant sought some £500 million by of damages. The claim raised numerous contract and property law issues, including obligations to use “reasonable endeavours” and “Pallant v Morgan” equities.

Julia was also junior counsel in Sloane Stanley v Mundy [2016] UKUT 223 (LC), an important decision of the Upper Tribunal (Lands Chamber), led by Stephen Jourdan QC, concerning the relative value of leases in which use of a hedonic regression model was rejected.

Julia also has substantial experience appearing as sole counsel including the following:

Julia also has a busy advisory practice. She has advised on cases concerning, amongst other areas: forfeiture, Housing Act 1988, mortgages, easements, Rent Act 1977, adverse possession, 1954 Act leases, restrictive covenants, escheat, and land registration including rectification of the register. Julia also practises in other areas of law where they relate to property matters, including professional negligence and restitution.

Julia Petrenko has a broad practice handling commercial, residential and agricultural matters. She has experience in landlord and tenant issues, such as lease disputes, and has notable knowledge of cases involving injunctions and fraudulent property matters. "Julia is thorough and good on paper and at trial." "She is very imaginative and has an eye for details. She dug out some killer points on the case."Chambers and Partners UK Guide 2022

‘ Julia is remarkably thorough, quick thinking and very client friendly. It was very telling that the other side's solicitor commented after a hearing that our barrister was truly brilliant on her feet. ’Legal 500 2022