Edward Blakeney, instructed by Clarke Mairs LLP, acted for the successful Respondents in a recent appeal concerning procedural fairness in the First-tier Tribunal (Property Chamber) and the construction of service charge provisions.

The Respondent lessees were challenging the reasonableness of service charges demanded pursuant to their leases, and in particular, the insurance premiums paid by the Appellant landlord. The lessees had been acting in person until shortly before the trial, at which point they instructed Edward. He then raised a new legal point in his skeleton argument - the carefully drafted service charge machinery did not permit the recovery of insurance premiums at all as the obligation to insure the building was contained in a separate part of the lease. The Appellant objected to the argument being raised late, but the FTT allowed the point to be taken and gave directions for written submissions following the end of the trial.

In its Decision, the FTT went on to hold that the procedure it had adopted was fair, the argument now raised by the lessees was correct (such that the entirety of the insurance premiums were irrecoverable), and the landlord's argument that there was an estoppel by convention that insurance premiums were recoverable was wrong (there was no detriment suffered by the landlord if it was prevented from recovering monies to which is was not entitled).

The landlord appealed on three grounds - (1) the FTT should not have allowed the new point to be taken by the lessees at all, (2) if the point could be taken, the FTT should have adjourned the hearing, and (3) the lease should be 'corrected by construction' such that the insurance obligations were read to fall within the service charge machinery.

In dismissing the appeal, the Upper Tribunal held that the procedure adopted by the FTT was not unfair and nor was the result. The provision of directions for written submissions, and the willingness to reconvene the hearing if necessary, provided a sufficient safeguard to avoid unfairness, and the FTT was right to make the overriding objective its primary guide. Further, there was no unfairness in circumstances where the arguments made in the parties' written submissions were matters of law capable of being determined without a hearing - the FTT was correct that there was no prejudice capable of giving rise to an estoppel by convention - and Tribunal Rule 31 did not require an oral hearing to determine every argument raised by the parties.

Whilst the landlord was allowed to argue for correction by construction for the first time on appeal, that argument was dismissed as well. It was a principle limited to cases where the wording of the lease resulted in an irrational or arbitrary outcome, and the Upper Tribunal reiterated that it was further confined to cases where there was a mistake in a description, a date, a figure or a calculation. In the present case, it was not evident that the 'mistake' identified by the landlord was in fact a mistake, but in any event, its nature - requiring as it did a substantial rewriting of the lease and reallocation of the parties' rights and obligations - was outside the scope of the principle. A further reason for dismissing the argument was that there were a number of potential corrections that could be devised, but the principle was limited to circumstances when the method of correcting the mistake was obvious.

A copy of the Judgment can be found here. 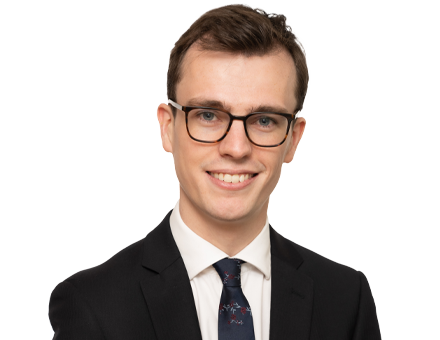