Philip Sissons (instructed by Joe Brightman of Ellisons Solicitors) represented the applicant in this application for the discharge of a freehold restrictive covenant pursuant to s. 84 (1) of the Law of Property Act 1925.

The Upper Tribunal (Lands Chamber) (Judge Elizabeth Cooke and Peter McCrea FRICS) held that the ability to demand a price in return for consent to a development was not a practical benefit for the purposes of s. 84 (1) (aa), nor was the loss of that ability an injury for the purposes of s. 84 (1) (c).  The relative recency of the covenant and the fact the Applicant was the original contracting party were not (cumulatively or separately) sufficient reason for the Tribunal to decline to exercise its discretion to discharge the covenant. Accordingly, it was appropriate to grant the application without directing the Applicant to pay compensation.

The case concerned property comprising an 18-hole golf course, clubhouse, greenkeeper’s buildings and practice ground.  The applicant was a family-owned company which purchased the property from the objector in 2001.  The transfer to the applicant contained a restrictive covenant pursuant to which the applicant agreed not to carry out any residential development on the property for a period of 30 years, without the consent of the objector, save where the development was to be occupied by members of the family of the company’s director or employees of the golf club.

The objector did not retain any land in the vicinity of the golf club.  Accordingly, the covenant did not protect the amenity of any land owned by the beneficiary of the covenant.  The objector’s case was that the parties intended that the covenant would enable it to extract a payment in the nature of overage if planning permission was obtained for residential development of any part of the golf course within the 30-year period.

In 2006, the applicant built a new cottage on the grounds of the Golf Course, which was thereafter occupied by the club manager, who was also the director’s son.  In 2019, the applicant then obtained planning permission for the construction of two new houses.  The applicant began to build those houses without obtaining consent from the objector, on the basis that, once completed, it was intended that they would be occupied by family members unless and until consent was obtained or the covenant was discharged.  The applicant was also pursuing planning consent for a larger residential development on another part of the golf course, however the application to discharge/modify the covenant related only to the land on which the 3 houses had already been constructed.  The applicant sought the ability to dispose of the properties for residential occupation by third parties.

The objector conceded that the proposed use of the application land was reasonable and that the covenants impeded that use.  However, it was argued that the ability to give or withhold consent to the disposal of the properties to third parties was a practical benefit, since it gave the objector a measure of control over the land.

The Tribunal held (applying SJC Construction Co Ltd v Sutton LBC [1975] 29 P&CR 322 and Winter v Traditional & Contemporary Contracts Ltd [2007] EWCA Civ 1088) that the right to demand a price in return for granting consent was not a practical benefit.  Furthermore, the fact that the covenant in question was qualified (in the sense that it expressly contemplated that the objector might consent to the development/use) did not assist the objector.  This would lead to the absurdity the beneficiary of an absolute covenant would have derive no practical benefit, whereas the beneficiary of covenant qualified by a consent proviso would be in a stronger position.  Furthermore, since the objector did not retain any land in the vicinity, the ability to control development/use (which might in some circumstances confer a management or public interest benefit) did not in this case create any other practical benefit beyond the expectation of a release payment.

For the same reasons, the loss of the opportunity to demand a price for consent to development was not a relevant injury for the purposes of s. 84 (1) (c).   The Tribunal applied the decision to this effect in Re Bennett’s and Tamarlia Ltd’s Application (1987) 54 P&CR 378.

The objector argued that even if one or more of the statutory conditions were established, the Tribunal should nevertheless decline to exercise its direction to discharge the covenant.  The objector relied on a number of factors (i) the applicant had proceeded to build the new houses without obtaining consent and was thereby in breach of covenant; (ii) the potential precedent effect of relaxing the covenant in relation to development of other parts of the golf course; and (iii) the fact that the covenant was imposed relatively recently and the applicant was the original party.

The Tribunal rejected that argument and held that there was no good reason to decline to exercise its discretion in favour of the applicant.

The Tribunal accepted that it was intended a director would live in one of the new houses and her granddaughter in the other and there was, therefore, no existing breach of covenant.  In any case there was no question of the type of “cynical breach” aimed at improving the applicant’s position, as considered by the Supreme Court in Housing Solutions Limited v Alexander Devine [2020] UKSC 45.

As to the “thin end of the wedge” argument, this was not a case where each small incremental change would make the next infringement of the covenant easier to justify.  If a larger development was proposed, then any loss of amenity accruing as a result would not be made any smaller by granting the existing application.  Any further application would fall to be judged entirely on its own merits but granting the present application would not make a future application more likely to succeed.

Finally, it could not be said that the covenant was not imposed very recently and much had changed in terms of planning policy in the 20 years since the covenant was imposed.  Furthermore, s. 84 made no distinction between the original parties and their successors.  The objector’s only interest was financial and therefore not one which was protected by s. 84.  Accordingly, the fact the applicant was the original covenantee did not carry any weight.

The objector argued that it should be granted compensation pursuant to s. 84 (3) (i) assessed by reference to the negotiated share of the development value that it might have demanded as a price for the release of the covenant.  Alternatively, compensation should be assessed pursuant to s. 84 (3) (ii) as a sum to make up for the effect which the restriction had in reducing the consideration paid for the land in 2001.

As to the first argument, the Tribunal held that the loss or disadvantage to be compensated under s. 84 (3) (i) did not include the loss of the ability to extract a price for release.  This was established as a matter of binding authority by the decision in Winter (above).  A negotiated share could only be awarded as compensation if it was the best or only way to value loss of amenity and, in this case, there was no such loss at all.

As to the second argument, the Tribunal held that on the evidence (including the expert evidence of Mr Andrew Entwistle on behalf of the applicant) that the imposition of the covenant had no measurable impact on the price paid by the applicant in 2001.  Under s. 84 (3) (ii) the Tribunal was not entitled to speculate about what the impact might have been if the parties had considered a sale without the relevant covenant.  Rather, the Tribunal had to consider what impact on the price the imposition of the covenants had in fact produced.  Here, the evidence (both of fact and expert evidence) indicated that there had in fact been no impact on the price paid.

The Tribunal held that the objector’s general procedural conduct of the application had not been unreasonable and the fact the objector was not motivated by preserving the amenity of neighbouring land, but purely by financial considerations, was not in itself unreasonable or otherwise sufficient to displace the usual position.

However, the objector’s attempt to establish an entitlement to compensation based on negotiated damages was, in light of the authorities, always doomed to fail.  This pursuit of a hopeless argument and unrealistic level of compensation (which had both significantly increased the costs of the application and frustrated the prospects of an early settlement) was unreasonable behavior on the part of the objector, sufficient to justify an award of costs in favour of the applicant. 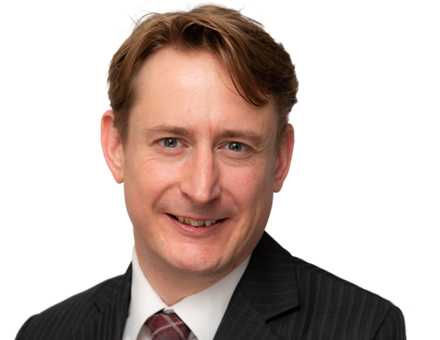