The Claimant developer in this case found itself in a predicament.  It had acquired a development site comprising an existing dwelling and its garden, and a much larger adjoining field.  It was building nine new houses in the field, and needed to drain the surface and foul water from the development onto the neighbouring land of the Defendant.  However, unless it could establish a pre-existing right to do this, it would need the Defendant’s permission, which was not forthcoming on terms the Claimant would accept.

The Claimant asserted such a pre-existing right, on two alternative bases:

(a)         that as a riparian owner it was entitled to discharge into a natural watercourse on its own land which then flowed onto the Defendant’s land; or

It failed on both claims.  Greville Healey acted for the successful Defendant.

There was an old pipe of uncertain origin on the Claimant’s site, through which water could flow onto the Defendant’s land.  The Claimant realised that if this pipe could be classified as a “culverted natural watercourse”, then it would give rise to riparian rights, and it could discharge water from the site into the pipe, and via there onto the Defendant’s land, without needing permission.  So that is what the Claimant asserted, first in correspondence, then in proceedings.  The Defendant’s case was that there was no such natural watercourse, and no natural flow, because the catchment was porous, so there were no riparian rights.

On the issue of the existence of a natural watercourse, the judge derived the following propositions from the authorities:

(a)         The fact that there may be some periods of non-flow is compatible with there being a natural watercourse;

(b)         On the other hand, a dry channel which is only filled during temporary flooding is not a watercourse giving rise to riparian rights;

(c)          The question as to whether any temporary flows as may have occurred along a particular course is a watercourse is a question of fact for the judge to decide.

The Judge heard expert evidence on the nature of the site, and the catchment, and decided that there was insufficiently regular flow for there to be a natural watercourse.

However, the Judge also considered what rights the Claimant would have had as a riparian owner, if the pipe had been a culverted natural watercourse, and decided, on the facts, that what the Claimant proposed would have been permitted.

The Claimant’s alternative, prescriptive, claim, was based upon alleged long use of the pipe to discharge surface and foul water from the site onto the Defendant’s land.  This claim failed on the facts, because the relevant use wasn’t established.  However, the judge also explained what other findings he’d have made if there had been sufficient use.  He explored how one decides the physical extent of the dominant tenement of a prescriptively acquired easement of drainage, applying Bate v Water Affinity [2019] EWHC 3425 (Ch), and marked the important distinction between:

(a)         the intensification of the burden from the existing dominant tenement, which is permitted, provided the tests in McAdams Homes Ltd v Robinson [2004] 3 EGLR 93 are both satisfied; and

The Judge also considered whether there had been a radical change in the identity of the site, which had previously had one house, and would soon have nine, and concluded that this was a radical change.  His decision on this point emphasised that the original house and its curtilage were distinct from the adjoining and much larger field.  So, this case is also an interesting instance of the application of the test in McAdams Homes Ltd v Robinson [2004] 3 EGLR 93, albeit on an obiter basis. 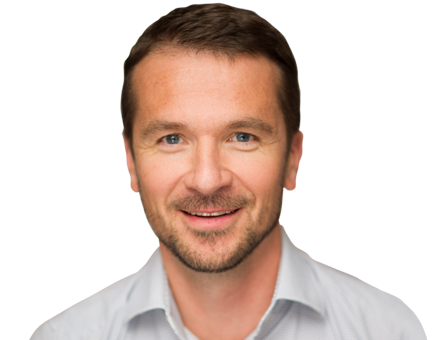