NEW TELECOMS CASE ON VALUATION UNDER THE 1954 ACT

The operators applied under the Landlord and Tenant Act 1954 for a new tenancy of a site within a private rural estate, used from time to time for military training.  The site provider did not oppose the grant of a new tenancy, but the parties were unable to agree all of the terms, and, particularly the rent which would be payable.  The various terms in dispute and the Court’s decision on them can be found in the judgment, here: [insert link].  The focus of this article is the decision about rent.

Section 34 of the Landlord and Tenant Act 1954 provides that the rent is to be the rent “at which, having regard to the terms of the tenancy (other than those relating to rent), the holding might reasonably be expected to be let in the open market by a willing lessor” with various matters expressly to be disregarded.

There had only been one 1954 Act telecoms site renewal since the new Electronic Communications Code came into force: in Vodafone Ltd v Hanover Capital Ltd [2020] EW Misc 18 (CC), the Court had indicated that, in the absence of sufficient comparable evidence, the correct approach was to  commence by carrying out a code valuation, and then, if there would be competition for the site (which might be evidenced by the presence of sharers on the site), to look at old code rents as evidence of market value.

The operators’ expert opined that a code valuation would amount to £1,200 for this site (plus costs), and said that he did not see a reason why the parties would move away from that amount in the hypothetical negotiation since there would not in fact be competition for the site.

The site provider’s expert said that the open market value of the site was £12,000 (and a code valuation would be almost £19,000 because of an alleged alternative use).

The Court determined that the rent payable should be £3,000 per annum, plus an annualised contribution to the site provider’s costs.

It signalled that now that there was evidence of recent open market transactions, the Hanover approach should no longer be followed: the Court’s starting point in a 1954 Act case would be to look at what was actually happening on new site deals in the market. (Note that Code claims under Part 4 or Part 5 are different because of the “no network” assumption: market transactions where the intended use is for a telecoms site are hardly a promising starting point in such cases).

In this case, the evidence before the Court showed that open market transactions were taking place at a figure much lower than that which the site provider’s expert had suggested – and this was so regardless of whether the site was likely to be shared.  The Court was provided with information about 33 comparable transactions since December 2019: 28 of the 33 had completed at amounts equivalent to £1750 - £2500 per annum INCLUDING capital payments rentalised on a straight line basis, where these had been made.

A key issue was whether capital payments made in the comparable transactions in order to induce completion without the need to go to the Tribunal should be rentalised.   The Court concluded on the evidence before it that such payments were not made to incentivise willingness where a site provider was unwilling, rather they were almost invariably paid as part of the financial package which would be agreed with someone who was willing to transact but sought to get the best deal available.  In short, the Court concluded, on the evidence before it, that those payments represented the difference between a code valuation and market value.  Accordingly, when seeking market value rather than a code valuation it was appropriate to rentalise these payments, taking into account the benefit to the operator in deferring payment throughout the lease term rather than paying a substantial capital payment “up front”.

Despite signalling a move away from a code valuation as the starting point in 1954 Act cases, in the end, the Court’s determination was based on the operator’s expert’s code valuation (£1,200 pa), plus the rentalised equivalent of a £15,000 capital payment (£1,943 pa), rounded down to £3,000.  The Judge commented that this was higher than the figures given above in respect of the comparables because, firstly, those figures rentalised on a straight-line basis, so were producing figures £443pa too low where a £15,000 capital payment was paid for a 10 year term; and secondly, the particular attributes of this site warranted a slightly higher rent than usual: the rent includes (because it was built in to the code valuation) an allowance of £400 pa relating to access, including the administration of an access protocol which was necessary because of the land over which access was taken was used for military and hostile environment training scenarios.  The site provider’s claim for separate access payments, on top of the rent, was rejected.

It should also be noted that the Court declined to order any “in-term compensation clause”: the rent set is also “inclusive” of any future compensation rights, unlike a Code agreement imposed under Part 4  or a renewal under Part 5.

This decision is markedly better for operators, and worse for site providers, than Hanover, where a rent of £5,750 was set on a more straight-forward site.  The decision should mean that settlement of these cases is easier, since the approach that will be taken by the Court if the case is not settled is clear.  It should also simplify considerably the evidence required on those 1954 Act renewals which cannot be settled, because there is no longer any need to adduce evidence of whether there would be competition for the site, or Old Code rents.

Judgement can be viewed here. 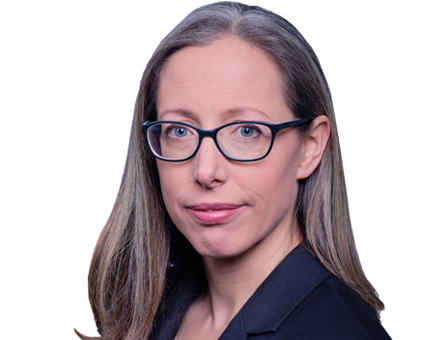