When will a breathing space moratorium obtained under the Debt Respite Scheme (Breathing Space Moratorium and Mental Health Crisis Moratorium) Regulations 2020 (“the 2020 Regulations”) unfairly prejudice a creditor’s interests? Although each case will turn on its own facts, a recent decision of HHJ Monty QC in the long-running case of West One Loan Limited v Salih & Ors, at which Thomas Rothwell, instructed by Bevan Brittan LLP, represented the successful creditor, provides an illustrative example. A copy of the judgment can be found here.

The 2020 Regulations, which came into force on 4 May 2021, introduced two types of debt respite scheme for individuals experiencing problem debt: first, a breathing space moratorium; secondly, a mental health crisis moratorium. The present case concerned the former of those two regimes.

If a moratorium is successfully obtained, it will last for 60 days from the date which it started unless the moratorium is either cancelled or the debtor dies: Reg. 26.

Given the obvious impact which a moratorium can have on creditors, the 2020 Regulations provide for a specific recourse if a creditor considers that a moratorium has been improperly obtained. Reg. 17 specifically provides that any creditor who receives notification of a moratorium may request a review from the debt advice provider who imposed it on the grounds that the moratorium in question either unfairly prejudices his interests or that there was some material irregularity in its imposition. “Material irregularity”, in this context, means that the debtor was either ineligible for a moratorium, the debt in respect of which a moratorium has been obtained was not a qualifying debt or the debtor in fact has funds to pay the debt.

A request for a review must be made by the creditor within 20 days of the date when the moratorium started. The debt advice provider must then complete its review within 35 days of that date.

If (but only if) the debt advice provider has carried out a review and refused to cancel the moratorium, the creditor may then apply to the county court for an order that moratorium be cancelled on the same grounds which have been set out above: Reg. 19. That application must be made within 50 days of the date when the moratorium started.

The present case concerned a short-term bridging loan advanced jointly to four siblings, which, despite various extensions, had not been repaid. Proceedings were issued in May 2018 and a possession order granted in February 2019. The First Defendant appealed but was only partially successful. Although a trial was ordered in respect of certain disputed monetary sums, the possession order remained in place, albeit the date for possession was postponed until 10 July 2021.

The Defendants did not deliver up possession by the date in the order. Accordingly, the Claimant obtained a warrant of possession, which was scheduled to be enforced on 28 September 2021. Shortly prior to execution, however, the Defendants made a further application for a stay in reliance on what they claimed to be an unconditional offer of refinance. That application was dismissed and leave to appeal refused. The Defendants subsequently claimed to have caught COVID-19, however, so the first eviction date was lost in any event.

A further eviction date was scheduled for 27 October 2021.The Defendants made another application for a stay of execution but were unable to secure a listing. With no court hearing set, the Defendants again said that they had COVID-19 with the result that the bailiffs would not enter the property.

The Claimant subsequently obtained a writ of possession in the High Court, which was due to be enforced on 9 December 2021. Prior to execution, however, the First Defendant obtained a breathing space moratorium through the debt advice charity Step Change which came into force on 23 November 2021 and lasted until 22 January 2022. As a result of the moratorium, no further steps could be taken to enforce the possession order.

The Claimant’s challenge to Fourth Defendant’s moratorium was advanced on two separate bases. First, it was said that the Fourth Defendant was not eligible for a moratorium because the First Defendant – a joint debtor – had already benefited from a moratorium within the last twelve months. Secondly, the Claimant contended that the Defendants’ conduct in obtaining a second moratorium was not a genuine attempt to enter into an appropriate debt solution but rather a further attempt to frustrate the enforcement of the possession order (and was thus unfairly prejudicial to the Claimant’s interests).

The Court disagreed with this analysis, holding that, although the 2020 Regulations provide that joint debtors can take advantage of any moratorium applied for by a joint debtor, they are not “subject to” the moratorium itself.

It follows that, if this reasoning is followed, there is nothing – as a matter of legal eligibility – which prevents joint debtors from obtaining successive breathing space moratoria in respect of the same debt.

This did not, however, mean that the creditor’s argument was unsuccessful. The second argument advanced by the Claimant was that the second moratorium unfairly prejudiced its interests on the basis that, by applying for a string of successive breathing space moratoria, the Defendants were not seeking to enter into a sustainable debt solution, but rather were seeking to put off enforcement indefinitely. That was directly contrary to the legislative purpose of the 2020 Regulations, which had earlier been identified in Axnoller Events Ltd v Brake [2021] EWHC 2308 (Ch) as being, first, to provide sufficient protections to assist individuals to enter into a sustainable debt solution and, secondly, to encourage individuals to seek debt advice: see [18].

The Court noted that, whilst the question of whether a moratorium causes unfair prejudice depends entirely on the facts of the individual case, the law required it to approach the matter objectively. In this case, the Court was “completely satisfied” that the second moratorium had not been applied for to further the policy of the 2020 Regulations (i.e. to explore a debt solution) but rather as a further strategy to frustrate the enforcement of the (undisputed) debt owed to the Claimant. No evidence had been provided that the Defendants were considering a debt solution and the Court was satisfied that further applications would follow from the other joint debtors in due course. The Court therefore granted an injunction preventing any of the Defendants from applying for any further moratoria under the 2020 Regulations under at least January 2023 (being 12 months from the end of the first moratorium).

So, what practical learning can be derived from the above case?

First, if the reasoning of HHJ Monty QC is followed, there is nothing in terms of eligibility which would prevent joint debtors from applying for successive breathing space moratoria in respect of the same debt. The burden will therefore be on the creditor to show that they are suffering unfair prejudice as a result of the successive moratoria. In cases where the debtor(s) can show that they are actively exploring a debt solution, that may be difficult to do.

Secondly, it is clear that every breathing space moratorium will inevitably prejudice creditors. The question is whether the prejudice caused is unfair: see Axnoller at [27]. The unfairness in this case arose from the debtors’ abuse of the literal wording of the 2020 Regulations in order to further their collateral purpose of frustrating enforcement of the debt.

Thirdly, there is the question of remedies. Whilst the obvious course set in the 2020 Regulations is to seek a review from the debt advice provider and, if unsuccessful, to make an application to the county court for cancellation of the moratorium, that may not be enough in cases where there is more than one debtor (and where co-debtors can subsequently apply for their own moratorium). If a credible case can be made that the debtors are abusing the breathing space scheme to frustrate enforcement and there is a risk of further abuse, there is now precedent for the Court being prepared to restrain applications for further moratoria by injunction. 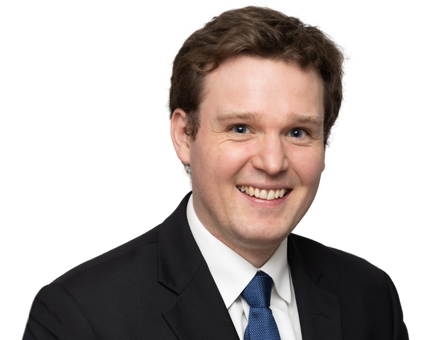