Injunctions against persons unknown 03 May 2019

The identification of defendants by description

People have entered onto your client’s land – or are threatening to do so. Your client wants them to leave – or not to arrive. Your advice is sought. In practice, self-help is out of the question. Section 6 of the Criminal Law Act 1977 prohibits the use or threat of violence against person or property for the purpose of securing entry to any premises without lawful excuse. A right to possession or occupation of the premises is no excuse, unless your client is a "displaced residential occupier" or "protected intending occupier". But in any event, you cannot encourage the use of self-help, because of the risk of disorder that it may entail. A legal remedy is required.

The Courts should be willing to help. “In a civilised society, the courts should themselves provide a remedy which is speedy and effective: and thus make self-help unnecessary” (McPhail v Persons, Names Unknown [1973] Ch 447). What remedy should you advise your client to seek?

A claim for possession

An obvious step would be to issue a claim for possession under CPR r.55, which specifically provides for possession claims against trespassers (r.55.1(b)) to be brought against persons unknown (r.55.3(4)), and sets out an approved method of service (r.55.6), which involves physically attaching the proceedings to the land. The rules also helpfully provide a helpfully truncated period between service and first hearing (r.55.5).

However, there are circumstances in which a possession claim will not be sufficient, or will not work at all.

If a possession order may not be appropriate, or sufficient, then consideration will need to be given to claiming some other remedy, such as a declaration or an injunction.

Where trespass is merely threatened, it is worth considering whether to seek a declaration that your client is in possession of the relevant lands, and the defendants have no right to dispossess it (see para. 82 of Secretary of State for the Environment, Food and Rural Affairs v Meier [2009] 1 WLR 2780). However, while this may help simplify subsequent proceedings, by resolving some important legal and factual questions in advance, declarations lack an immediate connection with the mechanics of the enforcement of court orders, which makes it unlikely that this will be sufficient for your client’s purposes.

The Courts are sympathetic to property owners seeking to protect their rights through the Courts by obtaining injunctions against trespassers. As explained by Lord Neuberger in Secretary of State for the Environment, Food and Rural Affairs v Meier [2009] 1 WLR 2780, at para. 79:

“[…] where a trespass to the claimant's property is threatened, and particularly where a trespass is being committed, and has been committed in the past, by the defendant, an injunction to restrain the threatened trespass would, in the absence of good reasons to the contrary, appear to be appropriate.”

As in the case of possession claims against trespassers, claims for such injunctions will frequently need to be made against persons unknown, as well as or instead of named individuals. However:

Where trespassers are on the land already, then even though your client (and the Court) may not know who they are, their identities are made determinate by their presence on the land. If the trespass is merely threatened, people may not have made up their minds yet whether to take part. Indeed, your client is hoping to put anyone off from taking part at all, in which case there will never be any actual trespassers, to be the determinate target of the claim for an injunction. One might think that such a claim was in effect a claim against all the world, but that can’t be right. It would not be a claim against “persons unknown”, it would be a claim against everyone. How would such a claim be served? And who would the injunction be enforceable against? If it worked, no one, it would seem. As Morgan J put it in at para. 119 of Ineos Upstream Ltd v Persons Unknown [2017] EWHC 2945 (Ch):

“Proceeding in this way would seem to produce the result that at the time when the court made its order there were no persons within the defined category of Persons Unknown. How then, later, did some persons come within that category and become subject to the court's order? Did they become parties by their unilateral action which was action forbidden by the court's order?”

As recently as 1971, it was held that unidentifiable squatters could not be sued because they could not be named: see the decision of Stamp J in In re Wykeham Terrace, Brighton, Sussex, Ex p Territorial Auxiliary and Volunteer Reserve Association for the South East [1971] Ch 204. That problem was solved for possession claims by the Rules of the Supreme Court (RSC Order 113: the predecessor to CPR 55.3(4)).

In the context of injunctions, the common law solution to this seeming-paradox has been developed relatively recently. The existence of a general jurisdiction against unnamed wrongdoers was first established in Bloomsbury Publishing Group Plc v News Group Newspapers Ltd [2003] 1 WLR 1633.

In that case Sir Andrew Morritt V-C. granted an injunction against unnamed people who were offering stolen copies of an as yet un-published Harry Potter novel for sale to national newspapers. The defendants were identified by a description:

“the person or persons who have offered the publishers of "The Sun", the "Daily Mail" and the "Daily Mirror" newspapers a copy of the book Harry Potter and the Order of the Phoenix by J K Rowling or any part thereof and the person or persons who has or have physical possession of a copy of the said book or any part thereof without the consent of the claimants”

Morritt V-C explored the anomalies in the existing law, considered how the law had developed in other common law jurisdictions, and granted the injunction, concluding that the problematic cases including Wykeham Terrace did not apply under the CPR:

“19. […] The regime introduced by the Civil Procedure Rules is quite different. There is no requirement that a defendant must be named, merely a direction that he “should” be. The failure to give the name of the defendant cannot now invalidate the proceedings […]

21. […] The crucial point, as it seems to me, is that the description used must be sufficiently certain as to identify both those who are included and those who are not. If that test is satisfied then it does not seem to me to matter that the description may apply to no one or to more than one person nor that there is no further element of subsequent identification whether by service or otherwise.”

Morritt V-C then applied this approach in a trespass case, Hampshire Waste Services Ltd v Intending Trespassers upon Chineham Incinerator Site [2004] Env LR 9, which concerned past and threatened trespasses by environmental protestors. The defendants were identified as:

“Persons intending to trespass and/or trespassing upon incinerator sites at”, and there follow the six addresses, “in connection with the 'Global Day of Action Against Incinerators' (or similarly described event) on or around 14 July 2003”.

The Vice Chancellor held that the position was in essence the same as in the Bloomsbury case, but made the following observation about the description used to identify the defendants.

“9. […] it seems to me to be wrong that the description of the defendant should involve a legal conclusion such as is implicit in the use of the word “trespass”. Similarly, it seems to me to be undesirable to use a description such as “intending to trespass” because that depends on the subjective intention of the individual which is not necessarily known to the outside world and in particular the claimants, and is susceptible of change.”

He changed the description to:

“Persons entering or remaining without the consent of the claimants, or any of them, on any of the incinerator sites at […]”.

The jurisdiction confirmed, and explained

The Supreme Court has recently confirmed the existence of this jurisdiction, explained its rationale, and exposed its limits.

Cameron (Respondent) v Liverpool Victoria Insurance [2019] UKSC 6 concerned a claim against an unknown driver who had caused an accident and made off without stopping or reporting the accident to the police. He was untraceable. Could he be sued by means of a suitable description?

Lord Sumption (with whom Lord Reed, Lord Carnwath, Lord Hodge and Lady Black all agreed) held that he could not. Although this is not a property law case, understanding why a descriptive identification did not work in that case helps us see how to make it work in the property law context.

The key to Lord Sumption’s reasoning is that the description should enable it to be made determinate who is and is not a defendant, even if that is not known at the time proceedings are issued. In particular, the description should make it possible to work out how the proceedings can be served on the defendants. That requires that the proceedings be brought to the attention of the defendants. That remains the case under the CPR as before. The term “service” is defined in the glossary to the Civil Procedure Rules as “steps required by rules of court to bring documents used in court proceedings to a person’s attention”, which applies equally to alternative service under CPR r.6.15.

“Persons unknown entering or remaining without the consent of the claimant(s) on the land identified in the second schedule to the brief details of claim and not subject to public rights of way with a view to protesting against the Fitzwilliam (Milton) Hunt ("the Hunt") or otherwise obstructing the Hunt”.

Service was effected by a combination of displaying copies of the proceedings around the perimeter of the large area of land owned by the claimants, and also by publicising them on various websites known to be used by and/or monitored by the saboteurs. By the time of the final hearing, all the named defendants had removed themselves from the proceedings in order to take advantage of an offer made by the Hunt not to pursue them for costs, and the final, permanent, injunction was made only against the described persons unknown. Anyone, including any of the former-named-defendants, who brings themselves within the description by protesting against the Hunt on the claimants’ land will be in breach of the injunction. This illustrates the importance, in practice, both of:

These two factors of course interact, and the important lesson of Cameron (Respondent) v Liverpool Victoria Insurance for property lawyers is that this is no accident. It is because the proceedings can be brought to the attention of the described category of persons that the claim against them can count as properly constituted, even if some or all of them only become defendants, and subject to the injunction made in those proceedings, by the very act of breaching the injunction. 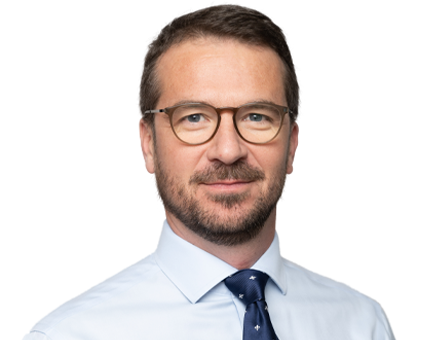