A landlord seeking to forfeit a lease must ensure that his right to do so has arisen under the terms of the lease and that he does nothing to waive that right before he can exercise it.

Almost all modern leases provide that if the tenant is in arrears of rent, or fails to perform his covenants in the lease, the landlord may re-enter and bring the lease to an end by forfeiture. But the courts have traditionally ‘leaned against’ forfeiture, viewing a landlord’s right of re-entry as simply a security for performance of the tenant’s obligations, rather than a means for the landlord to get the premises back. The best-known aspect of this approach is the court’s extensive jurisdiction to grant the tenant relief against forfeiture, on condition that he makes good his defaults. But the courts will also closely scrutinise whether the landlord is properly entitled to forfeit the lease in the first place, as two recent cases show.

The right to forfeit

A landlord cannot forfeit a lease for breach of covenant unless the lease contains a forfeiture clause. In addition the landlord must observe any applicable statutory requirements, which regulate the right to forfeit in a variety of different circumstances.

The most important restrictions are those contained in s 146 of the Law of Property Act 1925 (LPA 1925). By s 146(1), a right of re-entry for breach of any covenant in a lease other than for payment of rent shall not be enforceable, by action or otherwise, unless and until (1) the lessor serves on the lessee a notice –

(a) specifying the particular breach complained of; and

(b) if the breach is capable of remedy, requiring the tenant to remedy the breach; and

(c) in any case, requiring the lessee to make compensation in money for the breach;
and (2) the lessee fails within a reasonable time thereafter to remedy the breach (if it is capable of remedy) and to make such reasonable compensation. The notice required by s 146 is intended to give the tenant the opportunity of considering his position before the landlord takes action against him.

Accrual of the right

The landlord of the Queen’s Arms public house in Falmouth sought possession of the premises alleging that the tenant had failed to comply with his repairing covenants, and that the lease was thereby forfeit. The lease contained a right of reentry in clause 4.1.7 which arose where the tenant, having breached his obligations in the lease, failed to remedy his default within 14 days of a written notice from the landlord requiring him to do so (a default notice).

The landlord had served a default notice and a s 146 notice simultaneously. The tenant complained that the statutory notice was premature.

The trial judge accepted the tenant’s case that the landlord was not entitled to serve a section 146 notice until a default notice under clause 4.1.7 had been given and had expired without the breaches being remedied. Only then would the landlord’s right of re-entry arise under the lease. He held that on the proper construction of s 146(1), a notice under that provision could not be given until the landlord’s right had actually arisen under the lease itself.

On appeal the landlord submitted that s 146 required only that the underlying breach of covenant should have occurred before service of the notice; and not that the contractual right of re-entry itself should have arisen. In this case, the underlying breach was the non-compliance by the tenant with his repairing obligations, which gave rise to the landlord’s right to serve a default notice. The landlord argued that its construction gave effect to the purpose of s 146, to give to the tenant notice of the breaches and an opportunity to remedy them.

The Court of Appeal dismissed this argument, taking the view that s 146(1) was clearly directed to those covenants whose breach actually entitled the landlord to exercise the right of re-entry under the lease. In the instant case, the breach was the failure to observe the default notice (and not the antecedent breaches of the repairing obligations) which entitled the landlord to exercise the right to forfeit.

In support of this conclusion the court referred to s 146(2) of LPA 1925 which provides that a tenant may apply for relief against forfeiture ‘where a lessor is proceeding, by action or otherwise, to enforce such a right of re-entry or forfeiture’. For this purpose, a landlord who has served a s 146 notice ‘is proceeding … to enforce such a right’, so enabling a tenant to make an application for relief: Pakwood Transport Ltd v 15 Beauchamp Place Ltd (1977) 36 P&CR 112. That can only be correct if the right of re-entry arises under the lease prior to service of the s 146 notice. Thus s 146 proceeds on the basis that the right must have arisen before the notice is given.

Exercise of the right

The requirements of s 146 are by no means the only limitation on the exercise of a contractual right to forfeit. Numerous additional statutory restrictions apply to the forfeiture of leases of residential premises. These include the provisions of s 81 of the Housing Act 1996, which apply to forfeiture for non-payment of service or administration charges.

By s 81, a landlord may not, in relation to premises let as a dwelling, exercise a right of re-entry for failure to pay a relevant charge unless the amount of that charge is agreed or admitted by the tenant, or has been the subject of determination by the court or by an arbitral tribunal. Where the amount has been so determined, the right of re-entry cannot be exercised until after the end of the period of 14 days beginning with the day after that on which the decision of the court or tribunal is given. For this purpose, exercising a right of reentry includes serving a section 146 notice.

Thus in relation to service or administration charges, a landlord must (absent an agreement or admission) first obtain the necessary determination in order to proceed to serve a notice under s 146. This two-stage process applies whether or not services charges are reserved in the lease as rent: Freeholders of 69 Marina v Oram [2012] L&TR 4, CA. Until a relevant determination has been made, the right to forfeit arising upon the tenant’s failure to pay the sums due cannot be exercised.

Waiver of the right

Although a contractual right to forfeit cannot be exercised prior to such a determination, it can nevertheless be waived by a landlord at any time after it has arisen, even where a determination has yet to be obtained.

Waiver is based on election. Where a tenant breaches the lease, the landlord may either pursue his remedy of forfeiture, or may instead hold the tenant to the remainder of the lease and instead sue for damages (or an injunction). But the landlord cannot do both, and therefore must choose what course to take. If he chooses to treat the lease as continuing, he is said to have waived his right to forfeit. Most of the time, waiver occurs inadvertently, where the landlord, knowing of the tenant’s breach, does some act unequivocally signalling to the tenant that he regards the lease as continuing— the classic example being accepting rent due after the right to forfeit arose.

It fell to the Upper Tribunal to consider whether the landlord’s right to forfeit the lease for arrears of service charge could in principle have been waived prior to the making of a determination under s 81; and if so, whether it had been waived in fact.

The landlord argued that nothing done by the landlord prior to the s 81 determination could amount to a waiver of the right either. The effect of the statutory fetters imposed by s 81 was that until the determination was made the landlord was not entitled to exercise the right to re-enter; and in consequence it was not possible to waive that right.

This argument was rejected by the Upper Tribunal.

The tribunal considered that it was possible to make an unequivocal choice between two inconsistent rights, prior to being in a position immediately to exercise each of them. If the law were otherwise, then a number of previous authorities, which were examined by the tribunal, would have been decided differently. In law, a landlord could, by accepting rent, waive a right to forfeit prior to serving a section 146 notice, at least in respect of certain types of breach of covenant, and there was no difference in kind between the position of a landlord who needed to comply with s 146, or with s 81, or both. In each case, said the tribunal, the landlord knew of facts giving rise to a right to forfeit, and in each case was not yet in a position to exercise the right because the statutory procedures had not been worked through.

On the facts of the case, the tribunal found that there had been a waiver of the right to forfeit prior to the s 81 determination, and that accordingly the costs incurred by the landlord after the date of the waiver were not contractually recoverable.

A clear distinction is apparent in both of these decisions, between when a right to forfeit arises, and when it is exercisable. The right to forfeit for breach of covenant is, at root, a contractual right, and will arise in accordance with the terms of the proviso for re-entry, construed in accordance with contractual principles. Having arisen, however, the right can only be exercised if any applicable statutory requirements are complied with; and in the meantime the right may be waived, usually inadvertently.

At every stage, it is the landlord wishing to enforce his rights who must take care to guard them, while taking any steps necessary to put himself in the proper position to exercise them.

This article was first published in the New Law Journal on 10 May 2019. 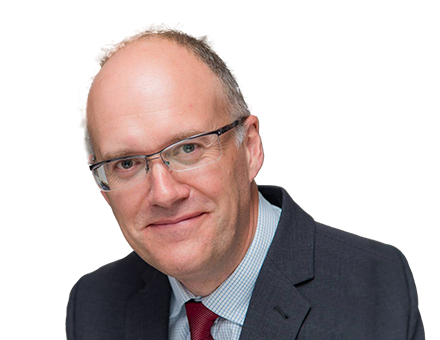