Malik v Malik: Relief in times of a pandemic

Stephen Jourdan QC and Paul Letman appear in successful appeal out of time from possession order made when the PD51Z stay applied.

On 17 May 2021, Meade J gave judgment in South Lodge Flats Ltd v Malik. Stephen Jourdan QC and Paul Letman appeared for the successful Appellants. They were instructed by Prakash Patel of Spencer West.

This High Court appeal decision is not only authority on the proper interpretation and effect of the automatic stay on residential possession proceedings under PD51Z (and its successors), but importantly establishes that in an appropriate case (and this was one) an extension of time for appealing and equally the grant of relief from sanctions will still be granted by the courts on terms that the party seeking relief pays the wasted costs caused by their default.

Briefly, although the original Part 7 claim here was by the freeholder against its long-lessee (R), the latter took the opportunity to bring a Part 20 claim against A, his brother and family who were in occupation. A defended the claim primarily on the basis R held the flat on trust for him and/or relying on adverse possession.

The claim came on for trial in January 2020 and was adjourned part heard (after 9 days of hearing) to 22 June 2020. Meantime the pandemic struck and on 27 March 2020 PD51Z was introduced imposing an automatic stay on residential possession proceedings.

In advance of the trial the court then listed a PTR which was held by BT Meet on 14 May 2020. A was abroad and facing various practical difficulties due to the pandemic. A wrote to the Court seeking an adjournment of the PTR and trial. At the PTR attended only by R and his representatives the issue of the stay was briefly raised, but the Court determined that it did not apply, refused any adjournment and confirmed the trial listing.

On or about 23 June 2020 the part-heard trial resumed before HHJ Gerald. R was represented in court by counsel and solicitors and was himself in attendance by Skype from Lahore, Pakistan, but for the reasons referred to in A’s applications to adjourn they were neither represented nor present. In A’s absence the Court acceded to R’s application under CPR 39.3(1) to strike out the Amended Defence and Counterclaim and entered judgment for possession and mesne profits and costs.

On 14 July 2020 A filed an Appellant’s Notice seeking permission to appeal the orders of 14 May 2020 (PTR), 19 June 2020 (adjournment) and 23 June 2020 (judgment) contending that each of the orders was wrongly made on the basis R’s Part 20 Claim was a claim for possession of residential property within the scope of CPR Part 55 and had therefore since 27 March 2020 been subject to the stay imposed by Practice Direction PD 51Z (replaced by CPR rule 55.29 on 25 June 2020 – a summary of the Coronavirus measures can be found here.

A relied primarily upon TFS Stores Limited v Designer Retail Outlet Centres (Mansfield) General Partners Ltd [2020] EWCA Civ 833, handed down on 2 July 2020, which it will be recalled held that a landlord’s additional claim by way of counterclaim constituted the whole claim ‘proceedings for possession brought under CPR 55’ within the meaning of paragraph 2 of PD 51Z and therefore subject to the stay.

The Appellant’s Notice included also applications to extend time for appealing the first two of the orders, relying upon A’s evidence that these orders did not come to their attention until 29 June 2020, the fact they were litigants in person at the time the orders were made and until they instructed solicitors on 3 July 2020 and ‘the clear and obvious merits’ of setting the first two orders aside along with the order of 23 June 2020 (appealed in time), the real cause of complaint.

The Respondent raised in opposition numerous substantive arguments to the effect that the stay did not apply to the Part 20 Claim. Firstly, R contended that because the real issue between the parties was who owned the Flat the claim was not in substance a claim for possession, this being consequential relief. Secondly, it argued that because the relief claimed by A was ultimately a direction from HMLR, the real claim was effectively for an injunction so as to be outside the scope of PD51Z. Thirdly, R contended that the definition of trespasser for the purposes of the exception under PD51Z should be given a wider meaning than just ‘persons unknown’ so as to apply in the claim here. Fourthly, R contended that the order of 14 May had impliedly lifted the stay. R also argued that TFS was wrongly decided, though accepted the High Court was presently bound and this would be a point in the event of a further appeal.

Each of the above arguments was given relatively short shrift by Meade J. The Part 20 Claim was a possession claim given the terms of TFS. It was not a claim for an injunction nor was it a claim against trespassers which was restricted to claims against persons unknown for the purposes of the PD. Whilst the decision that the stay did not apply made on 14 May 2020 could not be construed as a decision lifting the stay at all.

Rather the real battle between the parties became whether A should be entitled to an extension of time for appealing, which it was accepted fell to be assessed on the basis of relief from sanctions and the application of Denton principles. If an extension was refused, the appeal raised an interesting point as to the extent to which the order of 14 May 2020 as an interlocutory essentially procedural order created an estoppel binding the court when it came to determine the matters before it on each of 19 June and 23 June, but for the following reasons this did not arise.

In relation to the extension of time, Meade J had little hesitation in characterizing the 2-month delay in appealing the 14 May order as serious and significant in the context of the time limits for appealing. He also held that A had no good reason for the delay given, amongst other things, that he knew of the PTR and could have been represented at the hearing or taken steps to find out the outcome sooner.

However, it was clear that the only prejudice to R was in reality his wasted costs between between 4 June 2020 and 14 July 2020 by reason of the delay in filing the Appellant’s Notice between those dates. Whilst on the other side of the scale, if the extension of time was allowed the merits of the substantive appeal were obvious, given the rejection of R’s other arguments (above) and the decision in TFS binding upon the High Court. Under the third stage of the Denton analysis, the Court decided therefore that in all the circumstances of the case it was just to allow an extension of time for appealing the 14 May and by the same token the 19 June orders on terms that A pay R’s wasted costs for the period of delay.

The automatic stay on residential possession proceedings under PD51Z (and its like worded successors) is as far reaching as the majority decided in TFS and extends to a Part 20 additional claim as in this case.  In any case don’t miss the usual 21-day time limit for appealing (or any other time limit for that matter). But if it is missed even without good reason, the courts may still be persuaded in all the circumstances that it is just to grant relief provided the prejudice to the non-defaulting party is compensated by payment of their wasted costs. 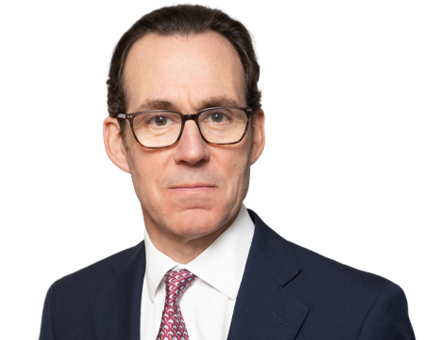