The case concerned 10 Cheyne Walk in Chelsea. It was originally built as a single house but, by 1971, had been converted into 5 flats. In 1971 the cartoonist and illustrator Gerald Scarfe took a long lease of the building. Over a number of years he restored 10 Cheyne Walk to a single house by removing internal partitions, taking out redundant bathrooms and kitchens and making other improvements.  At the time, the local planning authority did not regard the work as involving a material change in the use of the building or otherwise as development for which planning permission would have been required.

By 2019 planning policy in Chelsea had come to favour the retention of flats and leaned decisively against the sort of project Mr Scarfe had undertaken in the 1970s.  It was common ground that, if Mr Scarfe’s works had not been carried out prior to the valuation date, any purchaser of the freehold on the valuation date would have been advised that an application for planning permission and listed building consent to amalgamate the five flats into a single house would have had no chance of success.

In May 2019, Mr Scarfe gave notice to the freeholder, Cadogan of his intention to purchase the freehold of the house under the Leasehold Reform Act 1967. Mrs Alberti then purchased both the lease and the right to claim the freehold. Under s.9(1C), the price is to be determined on the basis of a hypothetical sale of the freehold subject to the lease on certain specified assumptions. The relevant one here is that in s.9(1A)(d):

“on the assumption that the price be diminished by the extent to which the value of the house and premises has been increased by any improvement carried out by the tenant or his predecessors in title at their own expense.”

It was common ground that Mr Scarfe’s works were improvements for the purpose of s.9(1A)(d).  The issue was whether that meant that the house had to be valued as if on the valuation date it could be used only as five flats and could not lawfully be used as a single house.

The Deputy President determined that issue in favour of Mrs Alberti. He held that it was a necessary consequence of s.9(1A)(d) that, in its assumed condition, planning permission and listed building consent would need to be obtained by a purchaser of 10 Cheyne Walk if they wished to carry out work to enable it to be occupied and used as a single house. He said:

“48.   In my judgment the inevitable consequence of treating the works as if they had never been done is that any occupation of the house between the date on which the works were carried out and the valuation date must be assumed to have been of the building in its unimproved condition.  It follows that the prospective purchaser of the unimproved house on the valuation date would not be advised that, although the building was divided into five flats, it nevertheless had the benefit of an established planning use which would render it lawful, without planning consent, to occupy it as a single house.

49.     I accept Mr Jourdan’s submission that, in principle, the best proxy for the value of the unimproved house would be a house next door which had been divided into flats on the date the lease was granted and remained in that condition on the valuation date.  The planning status of the two properties would be the same and Cadogan should therefore expect to receive the same price on a notional sale of both properties.  To credit Cadogan in the assessment of the price of 10 Cheyne Walk with the benefit of a planning status which was a consequence of the occupation of the property as a single house, when that style of occupation was enabled only by the improvements carried out by Gerald Scarfe, would not be to diminish the price by the extent to which the value of the house had been increased by those improvements.”

The decision is available here. 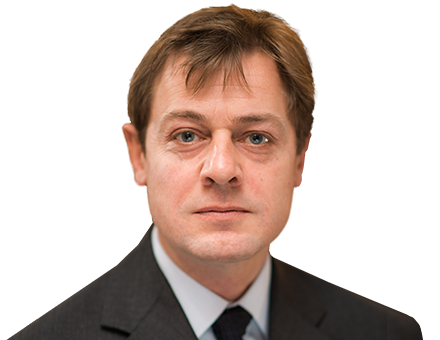