Supreme Court rules on s.84 of the Law of Property Act 1925 - Stephen Jourdan QC and Emily Windsor act for the successful objector

On 6 November 2020, the Supreme Court handed down judgment in Alexander Devine Children’s Cancer Trust v Housing Solutions Ltd [2020] UKSC 45. Lord Burrows gave the only judgment; the other Justices agreed with him.

The case concerned s.84 of the Law of Property Act 1925. This gives the Upper Tribunal a discretionary power to modify or discharge a restrictive covenant affecting land if one or more of five grounds are made out. This was the first time that the House of Lords or Supreme Court has considered s.84.

The s.84 ground under consideration was the public interest ground in s.84(1)(aa) and (1A)(b) - the Tribunal may order the modification or discharge of a restrictive covenant if:

The dispute concerned 13 bungalows and terraced houses built on part of a site referred to as “the Exchange House site” by a developer in knowing breach of a restrictive covenant. Lord Burrows said the breach was a “cynical” breach, by which he meant “deliberately committing a breach of the restrictive covenant with a view to making profit from so doing”.

Once the units were built, the developer applied to the Upper Tribunal under s.84 and succeeded. The Tribunal held that the covenant did afford practical benefits of substantial value or advantage to the adjacent children’s hospice, which had the benefit of the covenant. But it considered that it would be contrary to the public interest to prevent the units from being used. If the covenant remained in effect, it would prevent families or individuals who were waiting for housing from living in them; “… the public interest outweighs all other factors in this case. It would indeed be an unconscionable waste of resources for those units to continue to remain empty”.

The developer then transferred the units to Housing Solutions, a property company concerned with the provision of affordable housing.

The hospice appealed on four grounds. The Court of Appeal upheld all four of them and allowed the appeal, re-made the decision, and determined that the s.84 application should be dismissed: see [2019] 1 W.L.R. 2729. Sales LJ gave the only judgment; the other members of the Court agreed with him.

The four grounds of appeal were as follows.

(1) In deciding if the public interest ground was made out, the Tribunal was wrong to apply the approach of Lord Sumption in Lawrence v Fen Tigers Ltd

In Fen Tigers, Lord Sumption commented, obiter, on the circumstances in which the court should order damages rather than an injunction in cases of private nuisance and the importance of a planning permission: “There is much to be said for the view that damages are ordinarily an adequate remedy for nuisance and that an injunction should not usually be granted in a case where it is likely that conflicting interests are engaged other than the parties’ interests. In particular, it may well be that an injunction should as a matter of principle not be granted in a case where a use of land to which objection is taken requires and has received planning permission”.

The Court of Appeal held that the Tribunal had followed that approach in deciding if the public interest ground was made out, and had been wrong to do so. Sales LJ explained in paras 51-54 of his judgment why Lord Sumption’s approach was not appropriate.

Lord Burrows said he did “not disagree” with those paragraphs. However, he held the Tribunal had not in fact based its decision on Lord Sumption’s approach. Rather, the Tribunal had applied the traditional approach laid down by Douglas Frank QC in In re Collins’ Application (1975) 30 P & CR 527, 531, that for an application to succeed under the “contrary to public interest” jurisdictional ground it had to be shown that that interest is “so important and immediate as to justify the serious interference with private rights and the sanctity of contract.” Lord Burrows did not say whether he thought that was the right approach, only that the supposed error of law of following Fen Tigers did not exist.

Sales LJ also disagreed with the Tribunal’s treatment of the planning permission granted for the construction of the units and its application of s.84(1B). This provides:

“(1B) In determining whether a case is one falling within subsection (1A) above, and in determining whether (in any such case or otherwise) a restriction ought to be discharged or modified, the Upper Tribunal shall take into account the development plan and any declared or ascertainable pattern for the grant or refusal of planning permissions in the relevant areas, as well as the period at which and context in which the restriction was created or imposed and any other material circumstances.”

The Tribunal said that the planning permission did not mean that private rights could necessarily be overridden: “…but it does reflect an objective assessment of appropriate land use which fully takes into account the public interest” and that s.84(1B) applied.

Lord Burrows agreed that the Tribunal had been wrong to not take into account any pattern of planning permissions, but he did not think this was a sufficiently serious error of law to justify overturning the Tribunal’s decision. He held that the Tribunal had been entitled to give weight to the decision of the planning authority to grant planning permission, despite the land being in the Green Belt, in deciding that the impeding effect of the covenant  was contrary to the public interest.

The Tribunal held that the developer’s conduct was irrelevant when deciding if the covenant, in impeding the use of the units as such, was contrary to the public interest. It was only relevant to the separate question of whether, assuming the Tribunal had jurisdiction under s.84, it ought to exercise its discretion to make an order modifying the covenant.

The Court of Appeal disagreed. Sales LJ held that the ‘contrary to the public interest’ test has an important dimension which is concerned with such procedural matters and the process followed by the applicant before making its application under section 84.

“Two competing uses of the land are therefore pitted against each other. It is the resolution of a landuse conflict that we are here dealing with. That was the approach taken by the Upper Tribunal and there was no error of law in its deciding that the “contrary to public interest” jurisdictional ground was made out on these facts.”

The Court of Appeal held that the Tribunal’s discretionary decision to grant the application was wrong. The Supreme Court agreed, but for different reasons. Lord Burrows’ approach to this issue was as follows.

He agreed with the Tribunal that, once a jurisdictional ground has been established, the discretion to refuse the application should be cautiously exercised.

He was sorely tempted to agree with Sales LJ that a cynical breach will in every case outweigh what would otherwise be the public interest. But he did not do so. He had major concerns as to whether, without discretionary qualifications to cater for exceptions, such a principle would be too rigid.

However, he was satisfied that, even though it took into account Millgate’s cynical conduct, something had gone fundamentally wrong with the Upper Tribunal’s exercise of discretion. This was because the Tribunal had failed to take account of the fact that the developer could have satisfied the requirement to provide 23 units of affordable housing by building on the part of the Exchange House site not burdened by the covenant. This gave rise to two “omitted factors” that the Tribunal had failed to take into account.

First, the developer, by its cynical breach, put paid to what, on the face of it, would have been a satisfactory outcome for it and, at the same time, would have respected the rights of the hospice. It is important to deter a cynical breach under section 84 but it is especially important to do so where that cynical conduct has produced a land-use conflict that would reasonably have been avoided altogether by submitting an alternative plan.

Second, had the developer respected the rights of the hospice by applying under s.84 before starting to build on the application site, it is likely that the developer would not have been able to satisfy the “contrary to public interest” ground. This is because the developer would then have been met with the objection that planning permission would be granted for affordable housing on the unencumbered land so that the upholding of the restriction would not be contrary to the public interest. It follows that the effect of the cynical breach of covenant was to alter fundamentally the position in relation to the public interest. It is not in the public interest that a person who deliberately breaches a restrictive covenant should be able to secure the modification of the covenant in reliance on the state of affairs created by their own deliberate breach. By going ahead without first applying under s.84, the developer put itself in the position of being able to present to the Tribunal a fait accompli where the provision of affordable housing meant that it could satisfy the “contrary to public interest” jurisdictional ground. It is important to deter a cynical breach but it is especially important to do so where, because the Tribunal will look at the public interest position as at the date of the hearing, that cynical conduct will directly reward the wrongdoer by transforming its prospects of success under the “contrary to public interest” jurisdictional ground.

Because both the Tribunal and the Court of Appeal had erred in law, it was open to the Supreme Court to re-make the decision or to remit it to the Tribunal. Lord Burrows said it would be wrong to remit the decision. The s.84 application had been made over five years ago. Given the length of time that had elapsed, and the corresponding uncertainty for the parties involved and for many others, including residents and potential residents of the 13 housing units and the patients and those working at the hospice, it would be a last resort to send the case back to the Tribunal. Although the Supreme Court is not a specialist tribunal, had the Tribunal properly taken into account the two correct factors in exercising its discretion, it would have concluded that the application should be refused. Moreover, that was the decision which, taking all relevant considerations into account and especially bearing in mind the cynical conduct of the developer and the two omitted factors, was the correct decision.

Accordingly, the Supreme Court re-made the decision and determined to dismiss the s.84 application.

“… nothing that I have here said is determinative of how the courts will decide any claim by the Trust for a prohibitory injunction to enforce the restrictive covenant by stopping the 13 housing units being occupied or for a mandatory restorative injunction ordering the removal of the units in part or whole. Mr Jourdan pointed to the range of monetary remedies, going beyond conventional compensatory damages, that a refusal of the section 84 application would leave the Trust free to pursue. Not least given the cynical breach of the restrictive covenant and the difficulty of accurately assessing the Trust’s loss, he suggested that these might include an account of profits (see Attorney General v Blake [2001] 1 AC 268) as well as negotiating damages (see Morris-Garner v One Step (Support) Ltd [2018] UKSC 20; [2019] AC 649). I make no comment on that suggestion. But it is only realistic to recognise that the impact of this decision will plainly be to strengthen the Trust’s hands in relation to any financial settlement of this dispute.”

The judgment is available here 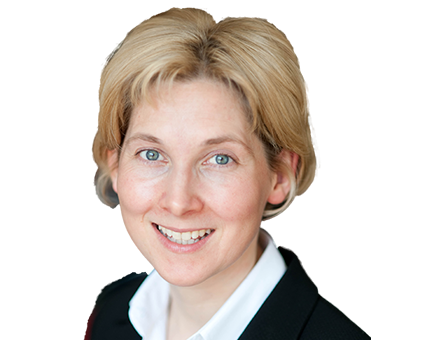