The Corporate Insolvency and Governance Bill 2020 ("the CIG Bill") is not yet in force. Or is it?

Mr Justice Morgan this week granted an urgent ex parte application to restrain the presentation of a winding up petition by a landlord of a high street retailer. It is understood a number of similar applications have been successful in recent weeks but heard in private without dissemination of any judgment, so this decision provides some clearer guidance for those advising parties whose rights are to be affected by the CIG Bill – or rather have already been affected.

The facts were familiar. The tenant had been required to close the demised premises “in accordance with the instructions from the Government in response to the Covid-19 pandemic”. It failed to pay rent and service charges. Unable to forfeit (by reason of s 82 of the Coronavirus Act 2020), the landlord served a statutory demand in mid-April 2020. It later E-filed a winding up petition but had not yet paid the relevant Court fee at the time of the tenant’s application.

The landlord argued (in correspondence - it was not represented at the hearing) that there was nothing to stop it from presenting the petition before the CIG Bill had been enacted, and that the petition’s disposal should not be pre-determined.

The tenant applied to restrain the petition on various grounds, focusing on the provisions pertaining to winding up contained in Schedule 10 to the CIG Bill.

The applicant relied on the well-established tenet that a winding up order is a class remedy which, if made, would harm the interests of the creditors generally and would confer no benefit on the landlord. It argued that the petition was an abuse of process and bound to fail – contending that this was a situation in which it was appropriate for the Court to take into account a forthcoming change in the law. It referred the Court to a number of ministerial statements as to the Government’s commitment to enact the legislation imminently.

Finally, the tenant argued that it should not be required to give a cross-undertaking in damages in relation to the injunction, drawing attention to a very recent (but unavailable) decision of Birrs J Travelodge Ltd v Prime Aesthetics Ltd [2020] EWHC 1217 (Ch) in which he concluded that it was unlikely that the injunction would cause loss to the respondent petitioner for which the applicant company would not already be liable.

Morgan J granted the application on an interim basis on terms the tenant did provide the usual cross-undertaking in damages.

The judgment is short and worth reading in full (https://www.bailii.org/ew/cases/EWHC/Ch/2020/1406.html), but the headline points are as follows:

It is well established that the Court will restrain presentation of a winding up petition where it considers that presentation would be an abuse of process and/or that the petition is bound to fail: Mann v Goldstein [1968] 1 WLR 1091. In the majority of cases this is engaged where the debt is disputed. As this case and Travelodge demonstrate, it is highly likely that many petitions, were they to be  presented now, would we liable to restraint.  Not only does the CIG Bill have retrospective effect, it explicitly prescribes the fate of petitions and statutory demands presented in recent weeks. In those circumstances it will not be easy for a creditor to argue a petition which does not meet the stringent conditions set out in the bill is not ‘bound to fail’, especially given the exacerbation of the usual consequences of presentation by the pandemic. This is consistent with clear extant Government policy[1].

Further, establishing the condition contained in paras 2(1) 2(3) of Schedule 10 (i.e.  the facts on which the petition is based would have arisen even if coronavirus had not had a financial effect on the company) is plainly going to be forensically tough – and it is probably not enough (though each case will turn on its facts) simply to show that a debt arose pre-pandemic.

Interestingly, Alok Sharma was pressed on this at the second reading. One MP (who happened to declare an interest) remarked:

“One wonders how, in the current health climate, the creditor will be able to show that this test has been met. Could the Minister enlighten us? Will there be a series of tests to be met, or will this all have to be fleshed out by the judiciary and the courts, which is presumably not the intention? Again, this provision is to be retrospective, so we could have a number of void petitions out there at the moment. Can the Minister advise us how many we are likely to be talking about?”

He went on to state the retrospective effect of the CIG Bill would ‘undermine confidence in our economy’ and suggested ‘state meddling in the marketplace could have serious negative implications for credit and business’. The effect was however broadly welcomed by others and survives intact.

Following the third reading of the CIG Bill on 3 June there are in fact no amendments to Schedule 10.

Having lost another means of leverage, many landlords will now be eager to see whether the Government’s forthcoming “code of practice”[2] aimed at facilitating resolution of disputes with high street business tenants will have any “teeth” – especially those landlords of recalcitrant tenants who might well be able to pay something but are withholding rent and not engaging.

The CIG Bill will be the subject of a forthcoming Zoominar hosted by Cecily Crampin and Camilla Chorfi. Details will be posted shortly on the Falcon Chambers page. In the meantime,

detailed guidance can now be found  at https://www.gov.uk/government/publications/corporate-insolvency-and-governance-bill-2020-factsheets.

Download: Re: A Company (Injunction to Restrain Presentation of Petition) [2020] EWHC 1406 (Ch) Back to articles 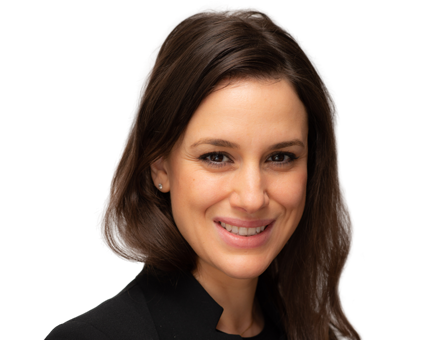