The judgment is lengthy (it runs to 170 pages); it considers a multiplicity of issues across the five sets of proceedings. What follows is, necessarily, only a brief introduction to the cases and a summary of some of the landlord and tenant issues that may be of general interest to property law practitioners.

In April 2013, some 3,700 properties, which had previously owned by Primary Care Trusts, vested in NHS Property Services Limited pursuant to a series of statutory transfer schemes, as part of a major reorganisation of the NHS.

Many of those properties had been occupied by GPs, practicing in partnerships, for many years (often for decades) in circumstances where there was no written lease or other record of the terms upon which the original partners were permitted to occupy. Where there was a written lease, it was often of a somewhat basic kind and gave rise to problems of interpretation.

When GPs started to receive higher service charge demands, some of them began to challenge the notion that they were liable to pay service charges at all. The GPs were supported by the British Medical Association who took up the cudgels with NHSPS on their behalf.

From 2015 onwards, NHSPS published annual “Charging Policies” which stated that GP tenants who did not have a written lease were nonetheless obliged to pay service charges to NHSPS. In correspondence sent to GPs in 2018, NHSPS briefly suggested that these Charging Policies were imported directly into GPs’ tenancies and imposed service charge obligations even if none had existed before. In a letter sent in August 2019, NHSPS resiled from that position and accepted that the Charging Policies did not have that effect.

In 2020, five GP practices issued proceedings against NHSPS claiming declarations that the Charging Policies did not alter the terms of their tenancies. The proceedings were described by the BMA (which funded the litigation) to be ‘test cases’ designed to inform GPs generally. In response, NHSPS counterclaimed for declarations as to the scope of its own liability to provide services and the claimant practices’ liability to pay service charges and for judgment in respect of each practice’s accrued arrears of service charges.

Tenancies at will vs implied tenancy

In two of the cases (Valley View and St Andrews), the Court was required to decide whether the claimant practices occupied under the terms of a tenancy at will or a (1954 Act protected) tenancy implied from conduct.

Applying the principles set out in Javad v Aqil [1991] 1 WLR 1007, the Judge held that the Valley View claimants were tenants at will (see paras 169 – 188).  It did not matter that hardly any negotiation had taken place for the first four years of occupation; nor did it matter that there had been lengthy pauses in later years. That was because, as the Judge found, the parties’ intention had remained throughout that the claimant practice should in due course take a sub-lease or an assignment of NHSPS’ own lease.

The principle that a pause in negotiations does not necessarily result in the creation of a tenancy implied from conduct is not new: see Barclays Wealth Trustees (Jersey) Ltd v Erimus Housing Ltd [2014] EWCA Civ 303 per Patten LJ at [24]. But the Valley View case represents a particularly striking example of the application of that principle: the claimants, who had been in occupation for 14 years and had ceased negotiating a formal grant for years at time, were still properly to be regarded as mere tenants at will.

In the St Andrews case, the claimants had occupied under a written lease (contracted out of the 1954 Act) until March 2019 and thereafter had held over paying rent. The parties had not undertaken any negotiations for the grant of a new lease in the two years that followed the expiry of the previous lease.

The Judge referred to the decision in Cardiothorasic v Shrewdcrest Ltd [1986] 1 WLR 368 and noted that the principles to be applied in holding over cases were essentially the same as those set out in Javad v Aqil (para 437).  In the result, the claimants were held to be tenants at will.  It did not matter that there had not been any negotiations for a formal grant. The claimants had accepted in cross-examination that they anticipated being granted a fresh lease in due course; the parties were not negotiating because they had become embroiled in a dispute about the practice’s liability for service charges under the previous lease and they recognised that negotiations for a new lease could not sensibly be conducted until that dispute was resolved. Here, again, the parties’ objective intention remained throughout that there should be a formal grant and a tenancy at will was therefore the appropriate inference to draw (see paras 439 – 448).

In two of the cases, (Coleford and St Keverne) it was common ground that the practices held under the terms of tenancies implied from conduct. Over the course of many years, landlord’s services had been provided and some payments towards those services had been made by the claimant practices.

The claimants in the Coleford case accepted that they were liable in principle to pay service charges, but argued that the Court should infer that their liability was capped at set amount (subject only to inflationary increases), having regard to amounts previously charged by the PCTs.  The tenants in the St Keverne case maintained that they were liable to pay an ‘all-inclusive rent’ and that payment of service charges previously made by them had been in excess of their true contractual liability.  Both tenants maintained that NHSPS was obliged to continue to provide all the services that had previously been provided and that NHSPS had no right to discontinue any of those services in the future.

The issues for the Court were: what services was the landlord obliged to provide and what service charge obligations were owed by the tenants? There is a curious dearth of decided cases in which the Court has been called upon to determine the scope of obligations in relation to services and service charges where the tenancy is implied from conduct (as opposed to being granted under a written lease).  The Judge approached the matter on the basis that where a party occupies without having agreed terms of occupation: “The law will imply, from what was agreed and all the surrounding circumstances, the terms that the parties are to be taken to have intended to apply” (para 190).

In both cases, the Judge held that NHSPS should be taken to have agreed to go on providing the same services as before, but that that was subject to NHSPS’ right to discontinue services where it was reasonable so to do. Sensible parties could not have intended to impose an unqualified obligation to continue to provide services; they must have meant for the landlord to be able to cease providing a service where it was no longer reasonably required or could not, for some good reason, continue to be provided (see para 256).

In both cases, the Judge accepted NHSPS’ case that the claimant practices should be taken to have agreed to pay “the landlord’s reasonable costs of services reasonably provided” and that all the services previously provided by NHSPS qualified under that rubric (see paras 259-275 and 540-550).  The evidence did not support the inference of service charge cap (see para 276-290) or an ‘all-inclusive rent’ (see paras 516-538).

In all five cases, NHSPS sought to recover management fees associated with services provided. The claimant practices argued that management fees were not recoverable because there was no express provision in the two written lease cases (Bushbury and St Andrews) and, in the case of tenancies implied from conduct (Valley View, Coleford and St Keverne), management fees had not been charged by the PCTs prior to 2013 and could not be introduced now.

The Judge derived the following principles from the authorities:

The authorities to which the Judge referred were all cases about the construction of a written lease, but he notably applied the same principles when considering tenancies implied from conduct.

In the written lease cases, the Judge held that covenants “to pay to the Landlord the apportioned cost of services supplied to the Premises including gas electricity and water such costs to be reasonably determined by the Landlord” and to pay “…a fair proportion (to be determined by the Landlord’s surveyor acting reasonably) of the cost and expense of maintaining and as necessary repairing rebuilding redecorating and renewing cleansing the Common Parts” were wide enough to authorise recovery of management fees (see paras 378 and 456).

In the context of tenancies implied from conduct, the Judge said that management fees were not to be regarded as a ‘service’ in their own right; they were a cost associated with providing other services (see para 234). It did not therefore matter that they had not always been charged before. Having concluded that all three implied tenancies were on terms that the claimant practices pay the landlord’s reasonable costs of services reasonably provided, the Judge concluded that management fees were properly recoverable as service charges (see paras 237, 291 and 560).

Responding to the claimant practices’ claims for declarations that the Charging Policies had not altered the terms of their tenancies, NHSPS pleaded in its Defences that it no longer maintained the contrary and referred to its 2019 letter in which the point had been conceded.

The first issue for the Judge was whether the claimant practices were entitled to have a second bite at the cherry.

The Judge considered the authorities in which the grounds on which a litigant might find himself debarred from having a second bite of the cherry are explained (Virgin Atlantic Airways Ltd v Zodiac Seats UK Ltd [2013] UKSC 46; Fidelitas Shipping Co Ltd v V/O Exportchler [1966] QB 630; Channel Ltd v Woolworth [1981] 1 WLR 485 and Laemthong International v Lines Co Ltd v Artis [2004] EWHC 2226 (Comm)). None of those cases were dealing with precisely this situation, where an interim application for judgment on admissions had been made and dismissed, but the underlying claim for declarations had not itself been dismissed or struck out. The Judge ultimately concluded that the renewed claim for declarations was neither an abuse of process nor barred by cause of action estoppel (see paras 563-587).

The Judge went on to determine the merits of the claim for declaratory relief applying the principles set out in Rolls Royce v Unite the Union [2009] EWCA Civ 387.  He held that the declarations should not be made. There was no real and present dispute between the parties as to whether the Charging Policies altered the terms of the claimant practices’ tenancies.  The declarations would serve no utility in these cases because the Court had in any event declared the precise nature of each practice’s service charge obligations in the context of NHSPS’ counterclaim. The declarations would not be useful to other GPs, who were not parties to the proceedings, because their liability for service charges would turn on the facts of their own case and there was a risk of other GPs being misled by the declarations if made (see paras 602–624).

The full judgment can be found here 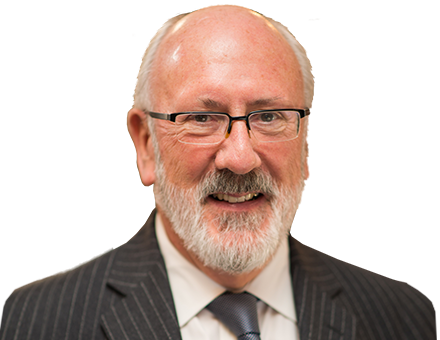 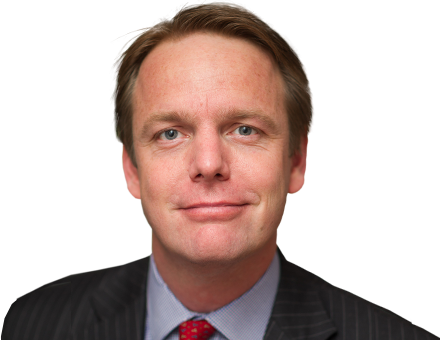 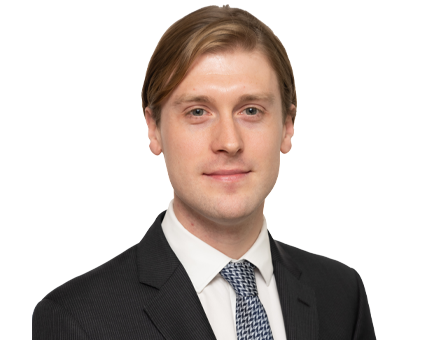